After being away for five weeks - walking the Camino Frances - in northern Spain - it felt good to be picked up at the airport by our nephew and welcomed home. Seeing his smiling face - as he hopped out of his car to help load our back packs into his car - giving first - my wife - a hug - then me - was a great feeling. The Camino experience in Spain was great - but after five weeks - we started missing family. While we were gone the family had held the annual family reunion and a family golf outing. Our nephew very quickly asked us if we knew he had won the golf outing this year - we had not heard - but were quick to congratulate him and ask details on his win and the event. Sitting in the car next to him - it really did feel great to be with family again - and even better when we walked into our house for the first time in thirty-five days. Sleeping in our own bed that night was a pleasure for both of us - great to be warmly welcomed and back home. 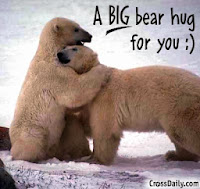 For a lot of various reason - there are many Catholics who no longer attend weekly services - electing to occupy themselves with other activities in place of church. Over the past few years there have been changes - in the way Holy Mass is celebrated - in staff changes - in family commitments - in parish activities. For those who have been away - then return - the church is similar but different. Perhaps new people are in charge - others may have retired and relocated - others gone on to new life in the hereafter. Returning to ones roots may be exciting and scary - all at the same time - yet - in a special way - comfortable. It may be compared to seeing a favorite relative and receiving a giant big bear hug - the greeting that says - welcome - great to see you - what have you been doing with yourself - tell me - I really care what is going on in your life. Those special hugs and greetings - the smiling faces - the honest heartfelt gestures - immediately let you know you are home - you are loved - you are welcome. If you have been away from your church - perhaps it is time to make a return visit - to see what is happening with the parish family - to see what is happening in the Mass - to see Jesus - who is waiting there - with arms outstretched - waiting to give you a big bear hug - to welcome you home.

Twenty-five years seems to be a magic number that many people strive for - 25 years of life - 25 years of marriage - 25 years of work.  Recently I celebrated 25 years of ordination to the diaconate - twenty-five years of active ministry as a Roman Catholic deacon.  A ministry shared with my spouse and children - with family and friends - with my parish family.  On October 8, 1988 - twelve men were ordained as deacons by Bishop Joseph Imesch at the Cathedral of Saint Raymond in Joliet, Illinois. It was an exciting day - a terrifying day - a day of perpetual commitment - to serve the people of God - the people of the Joliet Diocese.  All twelve of us were originally assigned to our home parishes - many to be moved later to other assignments - as some relocated - as parish needs changed. We were ordained for the Church - as assistants to the Bishop - as his eyes - ears and hands - to minister faithfully to his people. Twenty-five years later - four of us have been born to eternal life - the remaining eight still in active ministry.  We have preached thousands of homilies - baptized approximately  five thousand babies - witnessed hundreds of marriages - donated over one hundred and fifty thousand hours as unpaid ministers - spent thousands of hours involved in youth ministry, RCIA, bible study, nursing homes, food pantries, bereavement, wakes and funerals, missions, retreats and dozens of other ministries - all in the names of Jesus. Many people question why any man would become a deacon - considering the investment of time and money out of our own pockets - taken away from our families - from our personal interests - without any compensation. 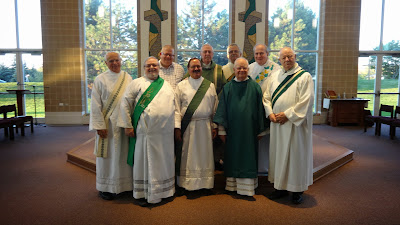 To a man - all of us joyfully serve - to honor that call from God - to make our election and commitment to serve His people - as men of God - permanent - to be role models and examples of ordinary men - called to do extraordinary works - in the name of Jesus. Unlike those who serve for a time - then move on - our commitment is a life long one - serving day in and day out - not as perfect men - not as great men - but as ordinary men who listened to God and through His grace - serve him in charity and humility. Our reward is the smile on the faces of the parents and babies we baptized - the thank yous received - the heartfelt handshakes and hugs freely given. To my brother deacons - to my family and friends - I say thank you for allowing me to enter into your lives - for accepting me as I am - an ordinary man.

All of us have made comments - said things - that we later regretted - wished we had not said - realized that with new information - our initial comment was not accurate.  Sometimes the comment was hurtful - spoken in anger - others spoken without full knowledge of the subject - later realizing - spoken prematurely. When preparing to walk The Way of Saint James - both my wife and I said we could not understand how so many people who had walked The Camino - seemed obsessed and returned - time after time - to walk it - again and again. We stated - once is enough - when completed our thoughts will focus on other things. On our last day - walking the final 20 kilometers into Santiago - we repeated those very sentiments - nearing the target of the Camino.  We finished our Camino much earlier than anticipated - two weeks early to be exact - two weeks of downtime - two weeks of nothing to do - so we returned home early. Happy to be home - happy to see our family and dog again - happy to be sleeping in our own bed. Two days later - looking at each other - with dismay on our faces - together we spoke those words we promised we would never say - "I miss the Camino".  For five weeks walking the Camino - for eleven months preparing for that walk - we had promised we would never say those words - yet - we did. Take it back - take it back - and we did. 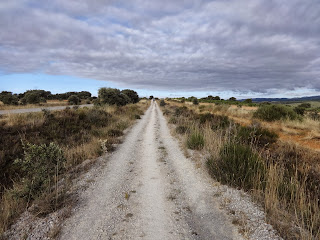 When many people first come to accept Jesus into their lives - they are filled with excitement - hope - joy - pleasure. When they realize that being a Christian takes commitment - offers challenges to worldly things - is difficult at times - they want to say - take it back.  Making a commitment to be a disciple of Christ is a serious decision - that everyone has to contemplate - make - honor.  When faced with frustration trying to honor the Christian lifestyle - they want to give up - reject their new found faith. In those moments Jesus comes to each of us - to remind - to encourage - to strengthen - He offers His love and constant help. For those who have become weak in their faith He says - I am here for you - please - take it back.

It is obvious - as a Roman Catholic Deacon - I am a believer. I believe in God Almighty - I believe in Jesus Christ His son - I believe in the virgin birth of Jesus - I believe in the Holy Trinity.  I also believe in people - people of God - who are believers - people of God - who are not believers. On my recent adventure in Spain - walking The Way of Saint James - with my wife - Arlene - we had the opportunity to meet and talk with many different people - who were very quick - to tell us - they were not religious - as if it was a bad thing if they were. Most claimed to be spiritual - acknowledging - a higher power - a force of the universe - something mystical.  We detected in those conversations that many were not completely truthful - that they were religious - but were compelled to deny it - as if walking The Camino as a religious person made you a religious fanatic or worse.  In everyday life - many people do the exact same thing - deny their religious life - their affiliation with organized religion - their spiritual side. It is a shame that in this day and age - belonging to a church is seen as a sign of weakness - or fanaticism. 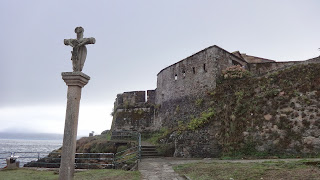 Finisterre, Spain - "The End of the World"

Jesus came into this world that we might experience life to the fullest - He places no restriction on how we accomplish that.  As a true believer - we are called to stand firm in our faith - in the face of those who would ridicule or belittle us for believeing. Jesus died - for you - for me - the least we can do is confess our belief in Him - just as He believes in us.