Put It In Writing

Put it in writing - a common phrase - often when something is spoken - unbelievable - out of the ordinary - worthy of remembering. This morning I received a call from a friend - a parishioner - seeking information - advice. I did not have a clue what I would be asked - told - requested. Whenever I am in this situation I do the only thing I know to help prepare myself - to speak - listen - react - appropriately. I pray. This morning I prayed - God guide me - help me - to be present - attentive - receptive. As I drove to our meeting point - driving through the ongoing construction in our area - I came upon a flashing road sign - warning drivers of the current construction conditions. The sign flashed three messages - Be Alert! - New traffic patterns - Focus on the road. To anyone driving that route - warnings that - once again - the lanes had changed - again - ignore everything else - focus on the road - the barriers - the flashing lights. To me - a different message - immediately I saw in that sign - God's hand in the construction of those three messages - preparing me for my meeting - Be alert - paths are changing - keep my eyes on the road - on the journey. As I met my friend and discussed his concerns - I shared with him - God's message to me - the same message I left with him. Pay attention to his situation - there were changes happening in his life - how he would act and react to those changes - challenges - had to be carefully discerned - with eyes on the road - the journey - the end goal he was seeking. He wrote those three messages down - God's advice to me - in writing - shared with him as a brother in Christ - the message - the answer to his questions. Our meeting - an awesome time - spent together - sharing our lives - sharing the one message - for each of us. 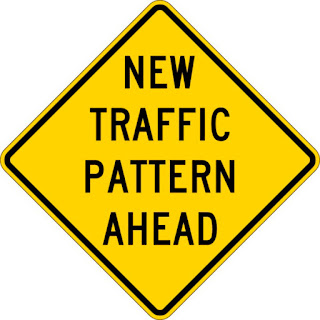 God does not always write His answers down - most often when we seek His counsel - we hear nothing - see nothing - we wonder if He heard our request. As a firm believer - I know God always hears us - the answer normally - a work in progress - often manifested only at a later time. Jesus assures each of us that He - His Father - are always there for us - listening - guiding - answering. In faith we wait - in faith we rest - knowing that in His time - not ours - He will answer our prayers - our requests. Very rarely will we get our answer in writing - always - His answer - written in love - will be etched in our hearts.

Monsters - Dinosaurs - Jurassic World - all the rage right now. This movie is packing theaters like crazy. This is one movie franchise that seems to never end - thrilling - exciting - scaring - viewers of all ages. I think the attraction  is our basic connection as humans to animals. We share this world with all sorts of animals - from the very smallest insects and one celled amoebas - to giant billion celled animals such as giraffes and elephants and - maybe - dinosaurs. There is a bond - a special connection - between man and animal. Keeping pets - dogs - cats - birds - gerbils - fish - in and around our homes. Feeding them - caring for them - watching them grow - sharing our lives - together. If possible - more than one person - one family - would own a dinosaur - just the idea of being able to communicate - to share life with another species - is exciting. 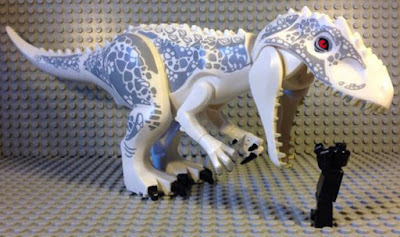 God's simple message - spoken by Jesus - the same message of sharing life well. We are all one family - different colors of hair - eyes - skin - many languages - one hope - for a peaceful - fruitful - existence - among family - friends - strangers. No one better than another - no one more gifted than another - all blessed by God - in different - similar ways. Sometimes it works - sometimes it does not. Something worth working at - to create a world where everyone is seen as a gift - no one a monster - not even in Jurassic World - not even in our lives.

In Search Of A Hero

Recently - in social media - there has been much talk about heroes - what makes a hero - what gender may be a hero - past - present - future. I will not debate that issue as recently presented. Heroes come in all sizes - shapes - forms - gender - species. One of my favorite heroes was a dog - yes a dog - who saved another dog's life.  Most people would immediately say a dog cannot be a hero - I disagree. Heroes are those who go beyond normal limits - to excel at one specific task. Heroes do not have to repeat an event - once is enough for most to be recognized. It might be a firefighter - carrying a person from a burning home - a high school youth - rescuing a young swimmer - a dog - dragging an injured companion out of harms way - a parent - showing their children by example - how to live a good healthy productive life.  Some years ago a study was done with high school youth - asking who their heroes were. A small percentage - named Michael Jordan or another sports figure - an overwhelming 98 percent - named their parents - as their hero - who they most admired - wanted to grow up to be like. Nobody named any of the popular Super Heroes as their real life hero.

Jesus did not want to be a hero - He came - as the obedient Son - following His Father's wishes - to share the Good News - with all.  Some listened - followed Him - became disciples - students - others - ignored - turned away. Although He came for all - not all accepted Him. That same situation remains today - we have believers - non-believers - accepting - rejecting. In the big scheme of things - not ours to worry who accepts or rejects - ours is to stand firm in our faith - to live lives - that inspire - create hope - sharing the Truth.
We do not have to be heroes - Super Heroes - just ordinary people of God - doing a super job.