The Fourth Sunday of Advent - the last week of prayerful preparation - waiting for Christmas - the second coming of Christ. For three weeks we have prayed - reflected - spent time assessing our lives - what we have done - should be doing. Now in this final week we bring this time of preparation to completion - hoping that what we have done will be enough - for now - to be welcomed into the heart of Jesus - into His Father's heavenly kingdom. In a few short days all our preparation efforts - for ourselves - for the Christmas Season - will be brought to completion.

Jesus calls us to Himself -  to become incorporated into His heart - to be wrapped in the blanket of comfort and joy - prepared for us - since the beginning of time - by God. Many find it difficult to believe that this gift is offered to each of us - for free - no strings attached. Those who do believe - have faith - faith in God - faith in Jesus. In this last week of Advent - look deep inside - discover the faith in you.  It's there.

The Third Sunday of Advent - at this point we are - in the pink - literally. Pink - more specifically - rose - is the color assigned to the Third Sunday of Advent. In our parish we do not have rose colored vestments - instead we wear purple. We were given a vestment a few years back - not rose - definitely pink - not a favorite of most priests. Purple is acceptable - thus that is what our priest and deacons wear. Why the rose color in the middle of Advent - you ask.  The focus in Advent is hope - hoping that we are not as bad as we think we are - hoping that we will be accepted into the Kingdom of God - when our days have ended - hoping that through serious reflection and prayer - we may become the people God intended us to be. Four weeks reflecting on your life -  straight through - is taxing on many people - in its wisdom Mother Church tells us to lighten up a bit - switch from purple to rose - reflect on the joy of the season quickly approaching. Focus on the joy one will experience at the end of Advent when we have made ourselves into better people - focusing more on others and less on ourselves. Saint Paul reminds us - rejoice in the Lord always - in all ways - today we heed that advice. 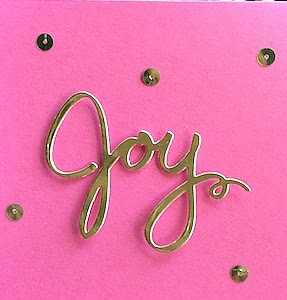 When God created the Earth and all the creatures and plants and humans - he knew - because of His gift of Free Will - that we would go astray - from time to time. Stretching our wings - so to speak - to try things on our own - even when we know better. He knew when in times of stress and trouble - we would try - to do it ourselves - relying on our skills and knowledge - forgetting to invite Him into our lives - to help and bless us.  Whether it is misdirected or just uninformed intentions - we offend God - we become gods - failing in our efforts. The good news - He knew - He understands - He forgives. On one hand He must be proud of us - His children that we wish to take the initiative to be better - yet - at the same time - disappointed that we don't realize that He - is there at our side - constantly - waiting for us to ask Him into our lives - to make things better.  Quietly - like a sentry - armed with everything that we need - He waits.  If you are seeking joy in your life - turn to God - turn to Jesus - invite Him to be a part of your life.  He waits - for all.

We are now in the Second week of Advent - the liturgical color most often used to decorate Catholic churches and liturgical vestments is purple - also referred to as violet. As a color -  purple is very interesting. According to Wikipedia - In the traditional color wheel used by painters - violet and purple are both placed between red and blue. Purple occupies the space closer to red - between crimson and violet. Violet is closer to blue -is usually less saturated than purple. While the two colors look similar - from the point of view of optics -there are important differences. Violet is a spectral color – it occupies its own place at the end of the spectrum of light - first identified by Newton in 1672 - and it has its own wavelength (approximately 380–420 nm) – whereas purple is a combination of two spectral colors - red and blue. There is no such thing as the "wavelength of purple light" - it only exists as a combination. Purple is generally identified as a single color - yet - if you study violet - it has some fifteen different shades!  Those who study the color wheel know that people respond to different colors in different ways.  For example - red - the color of fire and blood - is associated with energy - war - danger - strength - passion - desire - love. Some colors are calming - others - the opposite effect. In regards to purple - it combines the stability of blue and the energy of red. Purple is associated with royalty. It symbolizes power - nobility - luxury - ambition. It conveys wealth and extravagance. Purple is associated with wisdom - dignity - independence - creativity - mystery - magic.  According to surveys - almost 75 percent of preadolescence children prefer purple to all other colors. Purple is a very rare color in nature.  Analyzing all the characteristics of purple - one can understand why the color of Advent is purple.  In Advent in which we respect the dignity of the individual - acknowledging the royal nature of each - as a child of God - blessed with the creative - mystery - magic of the Divine - we see the unlimited potential of each person - young and old - to improve their individual life - to remove bad habits - activities - to redefine - who they are - how they act - think - treat themselves and others - to become the people that God has intended. 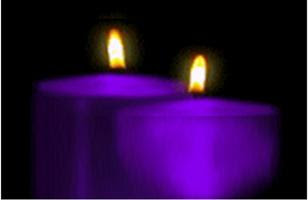 As children of God - we are given this liturgical season offered by the Church - to renew ourselves - to become more - all - that we are intended to be.