Giving thanks for anything - the best gift ever - to everyone - to anyone.  Thanksgiving Day is not just an excuse to gather with family and friends - to eat and be merry.  Thanksgiving is the one special day - in addition to sharing food and fun with those we care about - to take time to give thanks - quitely - vocally - sharing that which we are thankful for.   Thankful for life - for those with whom we share life - those who make our lives enjoyable - those who challenge us - those who think differently from us - those who listen to us - those who stop us from talking.  The world is filled with so many different people - like the colors of the rainbow - the notes on a musical scale - so different - yet so complimentary - to all the other colors - notes.  Blended together into one beautiful landscape - a concert of notes making such beautiful music. 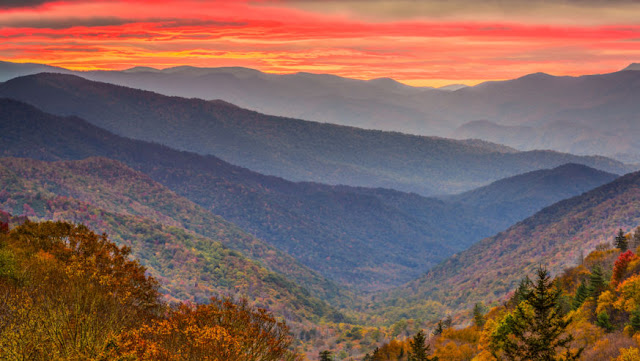 God created this world as a blank canvas upon which we are asked to paint the stories of our lives - to write a composition of discordant notes - blending into one magnificent beautiful creation.  God created us - each of us - that together - we might create a beautiful world of peace and harmony.  He has done His job - now it is our turn to use our brushes - our pens to compose a work - all will be proud of.

Announcing our newest pilgrimage to Italy.  "Shrines of Italy" starts in Rome with our welcome dinner. The next day we go to Assisi for a full day. The following day is a free day to recover from any jet lag or to take an optional excursion to visit Florence.  The next day we cross the mountains and head towards the Adriatic Sea to Loretto.  From there we travel south to San Giovanni Rotondo to visit the churches of Padre Pio and visit the Grotto of Michael the Archangel. We then cross back to the other side of Italy and head to Pompeii to visit Madonna del Rosario.  Returning north we visit Montecassino then return for our final days in Rome.  In Rome we attend a Papal Audience and visit St Peter's, Mary Major, St John in Lateran just to name a few before returning home.  We will experience the spiritual and cultural sides of Italy with free time to wander on our own both in Assisi and in Rome itself.  To view a promotional video of this pilgrimage click below:

You may also visit our website for registration forms and complete details at:
www.DeaconTravel.org

For the complete itinerary click the link below:
Shrines of Italy Itinerary

I have been gone for a few weeks now - we left October 27th and returned November 4th from our scheduled 8 day Ireland Pilgrimage.  Yes - if you count the days - it comes to 9 days - one day delay in returning due to a missed flight out of Dublin.  Our group of fourteen pilgrims arrived safely in Dublin on Monday October 28th - met our tour director who traveled with us - hopped into our private bus - under the control of "Driver Dawn" - as she calls herself - and immediately began a tour around Dublin to acquaint ourselves with some of the local sights. Day one was departing the Chicago area and Day two marked our arrival in Dublin to pickup our private tour bus. 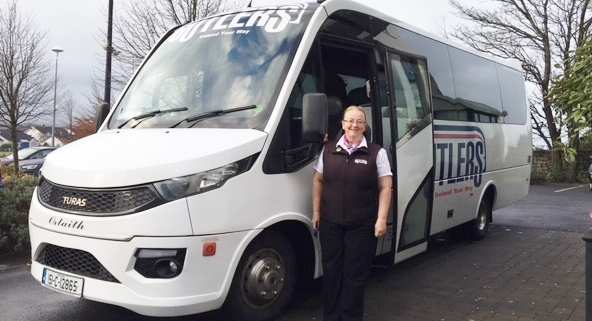 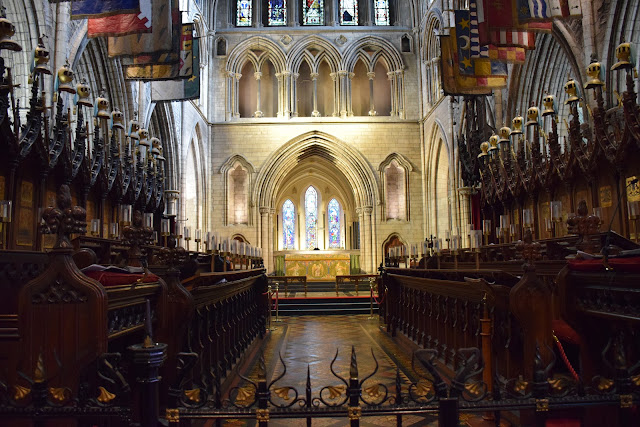 From there we visited Trinity College where the famous Book of Kells - one of the earliest forms of the Book of Gospels is displayed. 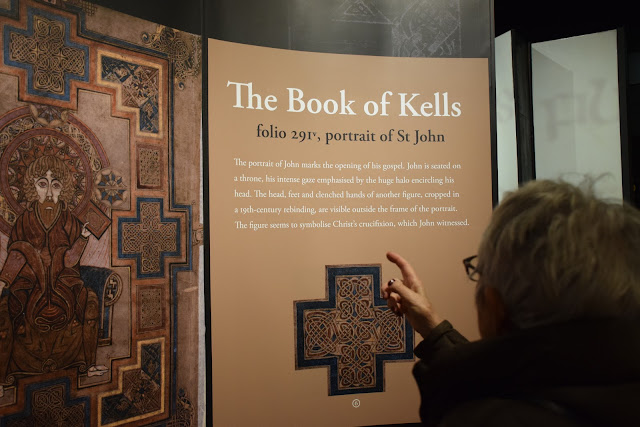 Having exhausted ourselves we needed a relaxing diversion and proceeded to a visit and self guided tour of the Guinness Storehouse to learn about the history of Guinness and sample a pint for ourselves. 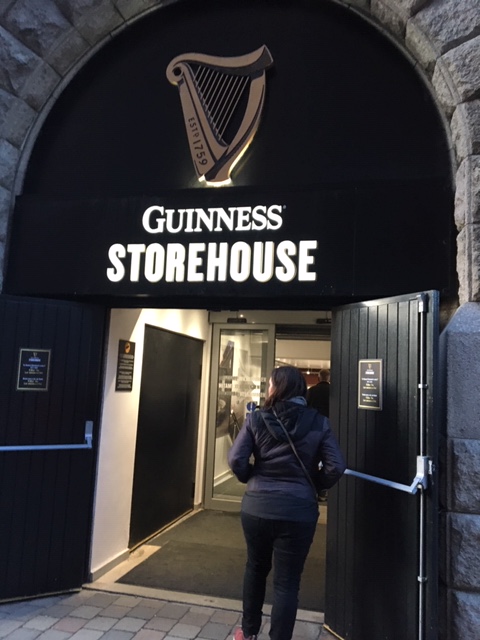 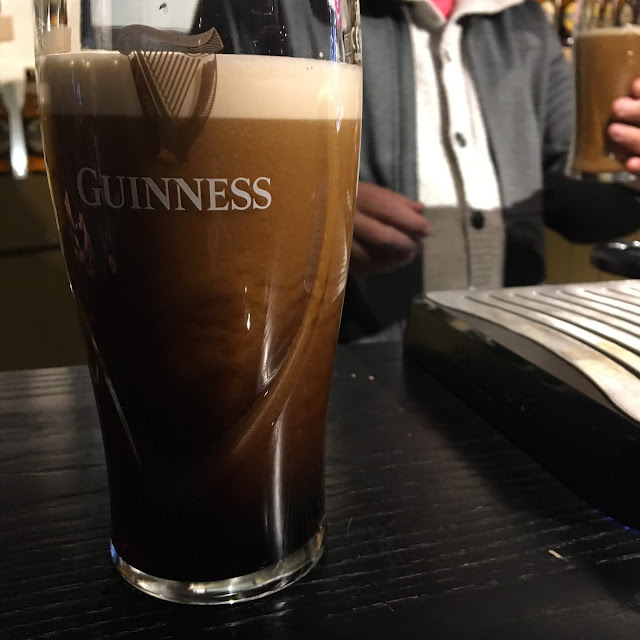 Guinness - The Falling Of The Veil 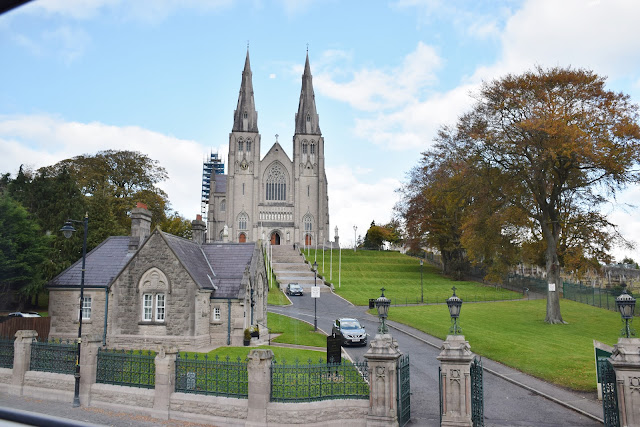 From there we continued to Downpatrick and Down Cathedral where St. Patrick is buried along with St. Columbia and St. Brigid.  We returned in the early evening to explore the Temple Bar area which is filled with restaurants and pubs where we would enjoy the local cuisine. 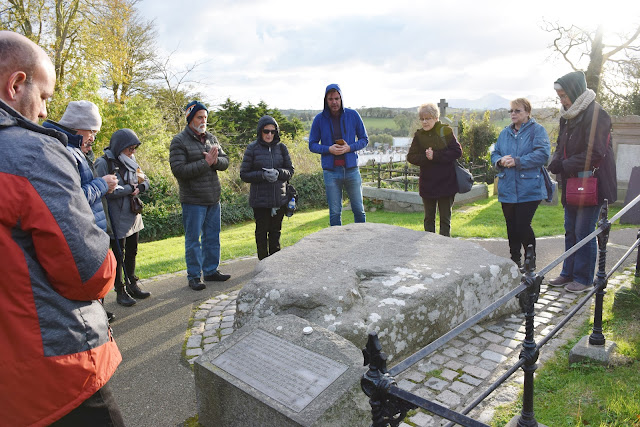 Our fourth day found us leaving Dublin and heading to the Galway area to visit the medieval city of Kilkenny to tour the area and Kilkenny Castle. 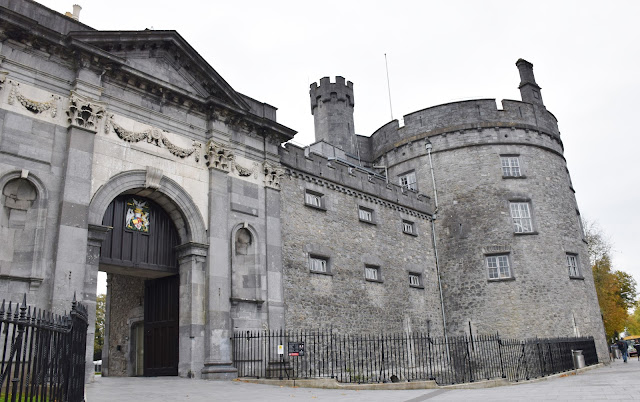 Moving on we went to the Rock of Cashel to visit the Romanesque Comac Chapel and Round Tower.  Checking in to our hotel in Lough Rea we settled in for dinner and relaxation. 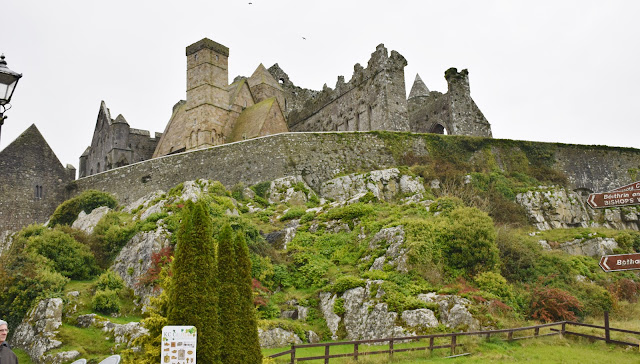 Comac Chapel at Rock of Cashel

The fifth day of our pilgrimage found us visiting the 13th century Ballintubber Abbey - an Augustinian Monastery built next to the site where St. Patrick baptized his earliest converts.  Traveling onwards we came to Croagh Patrick - the mountain where St. Patrick fasted for 40 days.  A few of the more energetic members of our group spent the next few hours climbing about half way up the mountain before rejoining the remainder of the group. 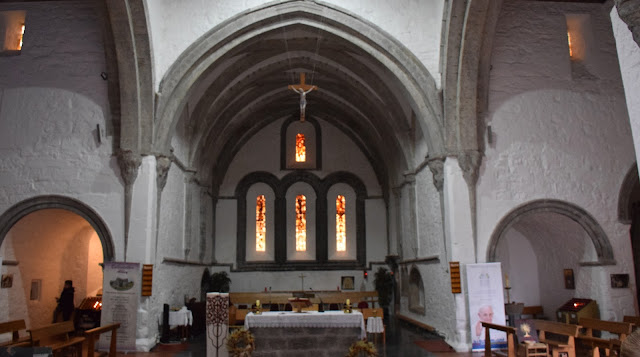 Day six we began by observing the Holy Day of All Saints at The Abbey in Loughrea - home of the Discalced Carmelites.  After holy Mass we headed to the coast viewing the Atlantic Ocean through a bit of fog and visiting the Cliffs of Moher and the coastal land line.  We ventured on to see the 12th century Cistercian Corcomroe Abbey and stopped in Galway before ending the day in Lough Rea and a local pub. 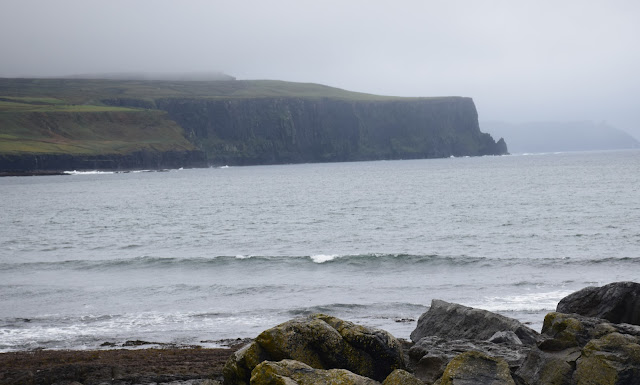 The final day of our pilgrimage - day seven - focused on our journey to Knock - the site of a Marian apparition when in 1879 Mary appeared to 15 adults and children.  Prior to our visit we stopped at a woolen mill where a sister single handedly restarted the mill processing wool into garments and employing at least one person out of every family living in the village and helping to rebuild their lives and the future of the village. 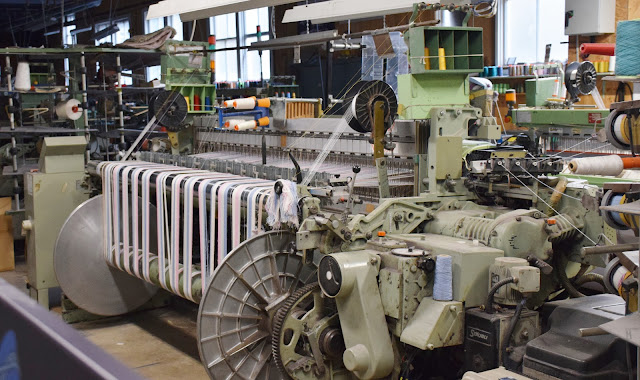 At the Knock Shrine we visited the five various churches located there and held our farewell luncheon as time would not allow a farewell dinner. 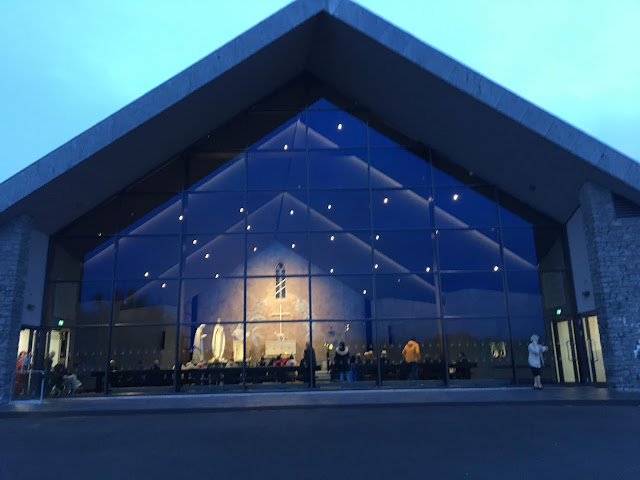 The Apparition Chapel at Knock Shrine

Day eight - our final scheduled day in Ireland found us visiting a few unscheduled sites on our way to  the airport for our late afternoon flight home. 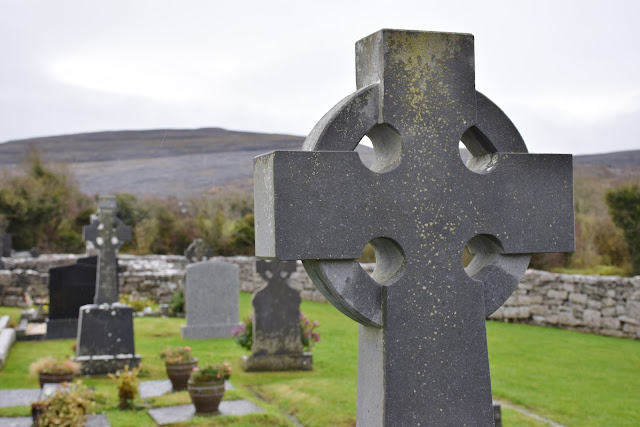 All was going well until we had an unexpected issue with the bus - a blown tire - which had us sitting on the road side for about an hour while we waited another bus to pick us up and take us to the airport. 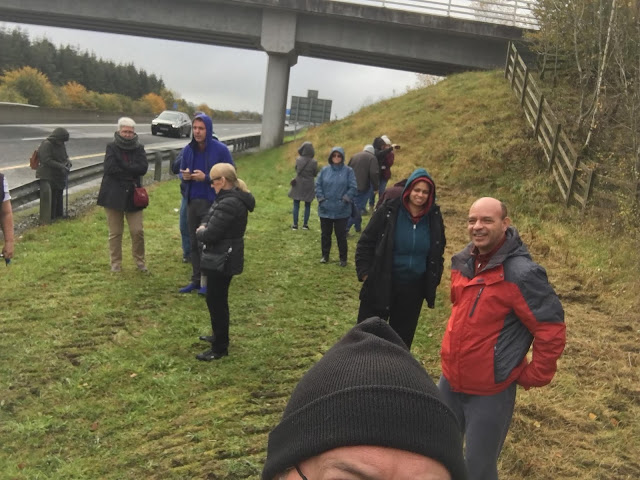 Looking for 4 Leaf Clovers and a Bus

Unfortunately - some would say fortunately - we arrived at the airport later than scheduled and were not allowed to board our flight.  The airline apologized for the inconvenience and rescheduled us for the next flight back to Chicago - the next morning.  Bottom line we spent an additional night in Dublin with our family of pilgrims and enjoyed one extra meal and evening with each other.

The morning arrived too soon and we were all onboard our return flight and back to our daily lives in Chicago by early evening.

All of the pilgrimages that we have led have all been special in their own way - each group has been special. Now with 11 pilgrimages completed in eight years - not counting years that we did not lead a pilgrimage - we are preparing for pilgrimage number 12 to Italy in November 2020. 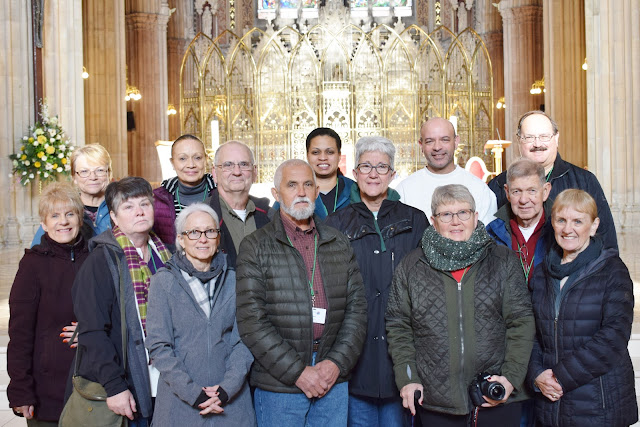 The one common thing that we have experienced in all these pilgrimages is sharing our faith among each other - no matter how we worship - when we worship - all would agree that being involved in a pilgrimage has been one of the best memories in their lives - one of the best times when each of us - in one way or another - touched the Divine.