Yes we are very close to that day when many thoughts turn to ghosts - goblins - vampires - things that go bump in the night.  Too many - judging harshly - uninformed - immediately think of things which belong to the spiritual world - filled only with scary - dark creatures.  Rarely do they consider that in the spiritual world there exists good as well as evil - just as it exists in daylight. All one has to do is read the news - watch television - listen to the radio - to learn of the many evils being done in the world - in daylight - right before their eyes.  Things labeled as good - masking the evil behind them.  It all comes down to who is telling the story - how the tale is twisted - to the good - bad side of reality.  Specifically - Halloween - misunderstood - people turning off porch lights - drawing curtains - shades - fearing the evil - ringing  their door bell.  In this day - these monsters of the night - captured on camera via doorbell cameras - three and five year old children or such - dressed in hideous masks and costumes - scaring people as - gasp - fairy princesses - frogs - puppies - ballerinas - cowboys & cowgirls - nurses - creatures from the dark lagoon - dinosaurs - things from every imaginable realm - superheroes - seeking what?  Blood? Flesh? Your soul?  Not really - more like sweets - candy - treats of every sort.  Yes it is scary - you might have to spend twenty dollars on treats for these terrible monsters - reminding you of your own youth - before you grew up and decided that Halloween was a tool of the devil.  Realistically - there is more evil in schools - churches - politics - than anyone is willing to admit. Yes - they walk among us - not zombies - rather those who are word smiths - crafting sweet sounding sound bites - leading us astray. 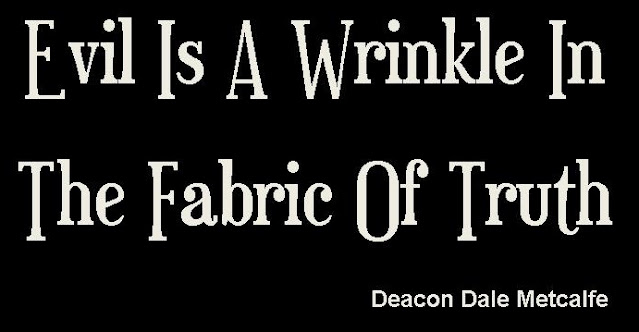 Halloween - All Saints - All Souls - celebrations remembering those who have died - experiencing their second Rite of Passage - similar to the first Rite of birthing - entering this world - now passing on to the next existence - drawn even closer to God - eternal life - salvation. Yes all three are beautiful in their own way - various stages of life - expressed in different ways - customs of various groups of people - different cultures - different histories - all honoring the lives of those who came before them. Marked with the T - the sign of the Cross - the fullness of life. Yes Boo T Full.

This weekend - thirty-three years ago - I was ordained as a Permanent Deacon for the Diocese of Joliet-in-Illinois by Bishop Joseph Imesch DD.  I remember being hesitant about ordination - what to do - where to go - what to say - in the end everything came off without a hitch.  Later that Saturday I served at the 5:00 PM Holy Mass and delivered my very first homily. That homily with slight variations was repeated that Sunday again at the 8:00 AM and 10:00 AM Masses.  As I preached the same message at successive Masses I grew slightly more comfortable and the third time around felt as if I had delivered a decent message.  Two comments stick with me now - thirty-three years later.  The first - great homily only 9 minutes long - obviously I would learn better to be concise rather than lengthy - people had others things to do on Sunday rather than spend all day in church.  The second was from a lawyer friend who had considered becoming a priest and had spent a fair amount of time in Scripture study.  In regards to the Gospel which we heard again this weekend (Matthew 19:24)  It is easier for a camel to pass through the eye of a needle than for one who is rich to enter the kingdom of God."  I do not remember exactly what I said back then - the significant point was that my friend told me I had presented to him and the parishioners a - nugget - a thought on that verse that he had never considered in all of his years of scripture study.  I have preached hundreds of homilies since that day in different churches here domestically and internationally and in each and everyone I attempt to leave a useful nugget with those who have ears to hear.  Not everyone will hear the same message - all of us process information - stories - words - through various - different lens.  I use to laugh when my twin would tell stories of our childhood - very often I would turn to him and ask him - whose house did you live in - his version often like night and day from my recollections.  That does not say he was wrong or confused - rather his mind remembered - processed information slightly different than mine.  My goal - share the Word of God - in simple relatable terms - leaving nuggets as I preach. 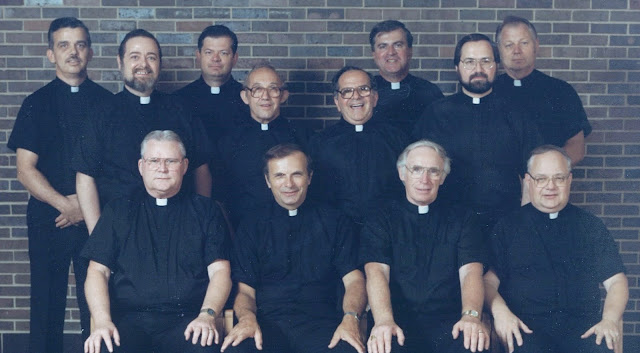 The "Other Twelve" Permanent Deacons Ordained Oct. 8, 1988
Jesus said it was easier for a camel to pass through the eye of a needle - who was he kidding - or was he? Most people will think of a sewing needle when they hear that statement. Someone living at the time of Jesus more likely would have thought of the vey narrow passageway through the walls surrounding the village - openings in a wall that any person could easily walk through whereas a camel could - only if pushed and shoved after removing their load that they carried. Devested of that load with one person in front pulling while another in back was pushing would often be able to get a tall bulky animal through that "eye". The message from Jesus - unload ourselves of our burdens - obligations - our wealth - anything we carry on our shoulders - to free us up - to accept His gift of forgiveness - love - salvation. Then - only then - could we enter the kingdom of God.  To my brothers ordained in 1988 - Happy Anniversary of Ordination - may each of you as you continue in your ministry as deacon leave nuggets wherever you go.  For the rest of you - may our efforts as deacons be a constant blessing for each of you.