Sunday - The Ascension of the Lord - leaving His disciples - going to Heaven - to take His seat at the right hand of his Father.  Like we mere mortals - after spending some time in apprenticeship - we move from student to crafts person - educated in the ways of whatever craft we have selected.  Spending some thirty - three years living among His people - God experiencing humanity through the life of Jesus - better prepared to understand how people - think - feel - tick.  Although God has all knowledge - His gift of Free Will - a variable He could not know - until He became man himself - experienced it for Himself in daily life.  In that time - He listened - reasoned - debated - with the very people He gave life to.  Completing His apprenticeship - His time on Earth completed - time to return to His Father. 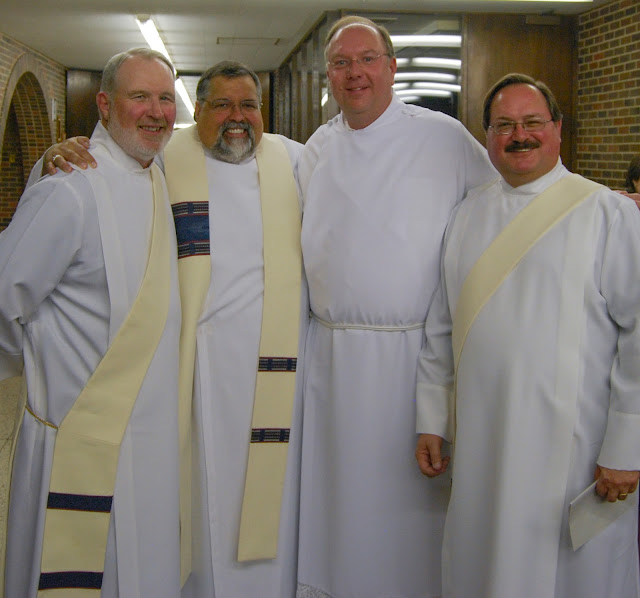 So it is and will be with us.  Our lives are short - compared to time itself - each one of us is here - on Earth - living lives as full as we chose to fill them.  Some end their lives - relatively empty - having acquired little while they were alive.  Others - like my good friend - Deacon Jerome Heitschmidt - who died May 15th - left this life completely filled.  Filled with the  experiences he shared with his family - his wife - his friends.  Deacon Jerry was a leader - filled his personal life and the lives of all who knew him with prayer - joy - celebration of all that God gives each of us.  Because of Deacon Jerry - many programs were started - given new life - because of the energy he brought into those programs.  The lives he touched - all better now because he took the time - interest - in others.  Deacon Jerry - now ascended to his heavenly reward - definitely used his gift of Free Will to accept Jesus as his savior - freely choosing ordination to become a deacon - freely electing to serve God's people in Illinois - California - Internationally.   To Deacon Jerry I owe many thank yous for encouraging me to travel to Israel with him which led to a pilgrimage ministry which has flourished over ten years.  It was on pilgrimage to the Holy Land - when we walked in the steps of Jesus - along with our wives and during our private pilgrimage to Poland where we discovered churches in Poland not normally visited when on pilgrimage.  His constant smile - a gift to all - will remain with each of us.  Like Jesus - our brother Deacon Jerry now - rising to heaven to take his place at the altar of the Lord.  Rest in Peace - Good and Faithful Servant - until we meet again.

In the earliest days of Christianity - before the official Church was established - those who followed Jesus - the earliest disciples - did not identify themselves as Christians.  They were Jews - Jews when Jesus called them by name to follow Him - Jews in their observance of Jewish laws - customs - Jews after the crucifixion.  It was not until later - after Jesus' death - that they were challenged by authorities to define just who they were - Jews or some new cult.  As Christ followers they were still Jews and as such bound by Jewish laws.  In an effort to honor Jesus' words at the Last Supper - they had to find another time - place - where they could - "do this in memory of me".  At first they attended Shabbat - the recognized Jewish time and place of worship of God on Saturday.  Adding the commemoration of the Last Supper - moved onto Sunday - to avoid conflict with existing Jewish law.  For a time - they attended both services - eventually leaving Shabbat - attending only the developing service worshiping God trough Jesus' teachings.  This new worship - still not labeled as Christianity - became known as the - Way.  Initially because of extreme persecution - a new cult - not an established religion - an underground movement.  Those seeking to learn - attend services - under whispered breath - asked how - where - was The Way. 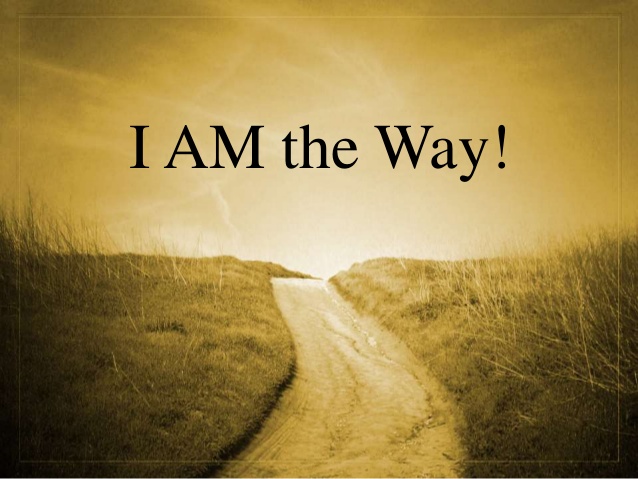 In today's Holy Scripture - Jesus once again - tells His disciples that He is The Way.  Simple enough - hard enough to comprehend - understand fully - just what that meant - still means to us today.  Jesus told His disciples - no one could come to the Father without first coming to Him - The Christ.  Plain and simple - no alternatives.  Many seek Him - not all find Him.  Distracted by worldly concerns - money - material possessions.  For those who seek earnestly - He is there waiting - silently - for them - you - to accept Him as the Lord of your life.  Today would be a good day to do that - say yes to Jesus - make mom proud.