As we enter the Fourth week of Advent - with Christmas only a few days away - we listen to the announcement by the angel Gabriel to Mary - that she will bear the Son of God, the Holy One of Israel - He who will take away the sins of the world. Some people would say that Jesus failed in His mission - that He did not help the Jews - the Chosen People of Israel - but as a side note - did make a difference to the gentiles of the world. As the one Jew who influenced the world more than any other person - whose act of sacrificial love - set the path for many others to follow - in particular - all the women who die in childbirth - bringing new life into the world - embodied and represented by an ordinary Italian woman - a wife - a mother - a physcian - a Catholic Christian - who proclaimed God's message of Divine Mercy - thinking not of her self - but the child due to be born - preparing herself - her family - for the Advent of New LIfe. 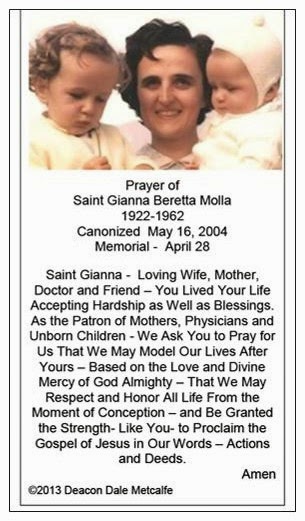 As Advent comes to a close and the celebration of Christmas begins - a season of - Immanuel - God With Us - may each if us prepare room in our hearts - for Christ to be born newly in each of us.

Sleeping In The Pew

Recently I was asked to participate in a sleep study - my snoring - irritating to my wife - she concerned that my health was being affected. So I did the study - twice - uncomfortable - no fun. Try to sleep in a strange place - sticky leads - on the face - hair - shoulders - legs - with a harness - laying on the back - not ideal for good sleep. It is what it is - for better - or worse - a study - a test. The second time - with a face mask - even more uncomfortable. Sleep is important for everyone - young and old - to function well during waking hours - for learning - developing memory - focusing on tasks - learning new things - listening well to others. As a preacher - not uncommon to notice people in the pew - drowsing - looking away - bored. When it is my turn to deliver the homily - sermon - speech - every effort made to keep it - interesting - short - meaningful. Eye contact - with as many people as possible - gauging their level of interest - keeping them engaged - to inspire - to encourage - to spread the Gospel. 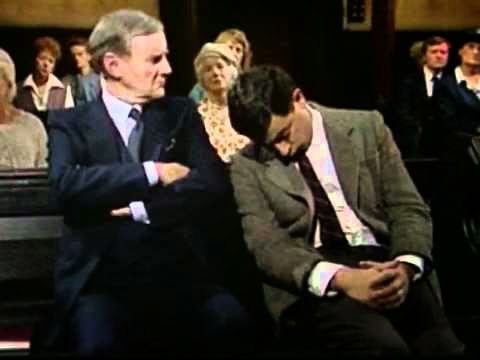 When Jesus preached - people did not drowse - sleep - lose interest. He was able to engage completely because His message was fresh - carried value - brought the truth. As we grow in spirituality we often tune out - having heard the same message - time and again. Journeying to the end of the Advent season - our duty - to open our ears - to listen with new interest - to dive deeper into the words spoken - to hear again - maybe for the first time - the message of God's love - forgiveness - redemption. To listen to the announcement of the impending birth of the baby - some 2000 years old - that Jesus be born - freshly into our hearts - to grasp - again or the first time - what Emmanuel really means - God is with us.

Most older adults remember the old Romper Room television show - a long-running children's series that was broadcast in the United States from 1953 to 1994 and internationally in Canada, United Kingdom, New Zealand, Australia, Japan and Finland. The program's targeted audience was pre-schoolers under five years old.  One of their regular segments had to do with with an over sized bumblebee called Mr Do-Bee whose task was to teach the children proper manners. He would often say "do be a do-bee - don't be a don't-bee.  The focus was positive imagery - project a positive do-bee attitude rather than a negative don't-bee attitude.  Many teachers have realize that thinking positively  - leaving the negative out of teaching moments - tends to work best - even with adults.  For example when a parent yells "don't slam the door" - children often only hear the end of the command "slam the door" and of course the door is noisly slammed close.  If - on the other hand - they would say "close the door quietly" - the person would hear "door quietly" and surprisingly the door would be quietly closed.  Using a do and don't type of teaching only reinforces the negative since it is the second and last part of the comment that the individual hears.  Rather than "do be generous - don't be selfish" - it would gain better outcomes if the statement was "be generous at all times" - positive on positive - better results - better for all involved. 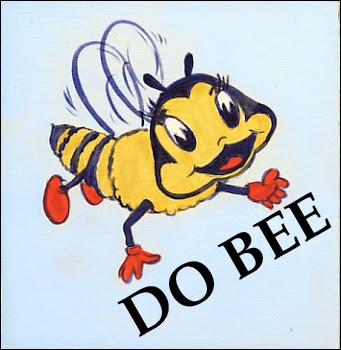 Most of us have heard the phrase "the straw that broke the camel's back" - an idiom that refers to a "final point".  Obviously one single straw would not break any one's back - one single drop of water - does not make the cup overflow - a single lost breath does not make a person suffocate to death.  A lot of straw - a large volume of water - multiple prolonged breaths - come to a point where the volume - weight - reaches a critical point at which a single straw - one lonely drop - one final breathe - tips the scales in an unfavorable way. All of us have a breaking point - that point where we can no longer tolerate - ignore - avoid - the inevitable.  Most of the time that reaction is not dramatic - often hidden well from others - on occasion - manifested in unpleasant outbursts - reactions.  Recently I have been quietly coping with an acquaintance - a self proclaimed atheist - a former Catholic - who has been aggressively posting - anti-Christian - anti-God - messages on social media - ridiculing anyone who does believe - as ignorant - uneducated - simple minded. I have been tolerant - offering polite commentary in response to his posts.  Today was the final straw - a video of a group of "atheists" singing a vulgar Christmas Carole - demeaning all Christians and other people - with any belief in God - Christian - Jewish - Muslim - Hindi - Buddhist.  I admit he has a right to post whatever he wants - that is his right - I also have my rights - so I finally gave in to - this last straw - and have blocked him and his posts  so that I am not subjected to his insults against any belief in God. 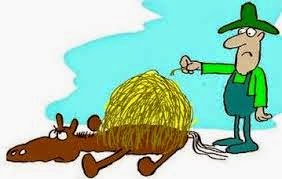 Jesus had His detractors in His time - those who ridiculed Him and His message - those who feared Him - feared God - feared themselves. His answer to them much easier than blocking on social media - a simple shake of His foot - sending the dust of His critics back onto the ground where it belonged - under foot - to be trampled on by people - animals - whatever walked on  the ground.  Most did not know - but Jesus and His disciples knew - just as I alone - know.  As Jesus taught us - it is alright to walk away from the unreachable - the untouchable - not preferred - unfortunately a fact of life.  As we continue in our Advent observance - as we reflect on our growth - as we prepare ourselves for His second coming - it is OK - alright - to leave some behind.  All are called - many will follow - a few will be lost. Acceptable to God - acceptable to us.  For the lost - we can only offer prayers and trust in God's Divine Mercy.