Saying - ball ball - does not make any sense and yet that is exactly what people are saying when they mention they are going to play bocce ball.  You see in Italian bocce is the plural form of ball - balls. If you are in Italy you wold hear them say - let's play bocce - never let's play bocce ball. The confusion arises because the game of bocce is a game involving balls. We would never say basketball ball - baseball ball - yet when we say bocce ball - that is exactly what we are saying. After a little bit of education - most people learn the correct term. When you think about it - the language - how we use it can be confusing and amusing. 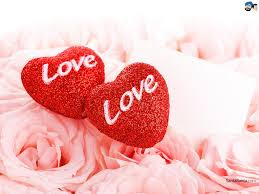 When Jesus spoke in parables - a similar situation existed - in an attempt to make His explanations easier - people sometimes became confused and took His words - phrases - to be literal. Even today there are those who do not understand what Jesus was saying - instead try to explain His words in complicated theological terms. How many ways can God - Jesus - say - love - acceptance - forgiveness - compassion - tolerance. One would think that love would cover all - but in an attempt to simplify - many tend to complicate His simple message of love. The Bible is filled with God's love - an extremely long love letter to His people - yet all too many miss His simple message. Rather than dissect - analyze - study - ponder - one has to simply understand that God's love is just that - love in the extreme form - nothing less. God loves us all - period. Not love love - not love in capitals - just simply love and all that the word contains and implies.Today - let God - Jesus - love you.