To Kneel or Not To Kneel

Freedom of speech - freedom of religion - freedom to make your own decision - that is what makes America great. In America - everyone - men- women - children - black - white - yellow - brown - gay - straight - no matter what your ethnicity - all are given the right - constitutionally - to exercise freedom of speech. You may or may not agree with what is said - how it is said - when and why it is said - but as Americans we must honor everyone's right to speak their mind - in whatever way they choose. We will never - ever - get everyone to agree on any subject - never. To deny anyone their right to free speech - would be - un American. Yet - this country is being divided over exactly this issue. The biggest issue - confusion over what certain symbols - mean - represent. As a nation - we have been guilty of putting our own interpretation on certain American symbols - why they were developed - how they were developed - how they have been re-interpreted over the years - original meaning - understanding - evolving into new meanings - understandings. It happens - a normal course of evolution - involving all things. Nothing stays the same - everything evolves.  As a child - cool meant a temperature - not hot - not quite cold - just cool. Today cool - evolved to refer not just to a temperature - also an adjective meaning - neat - divine - nifty - marvelous - swell - dandy.  Any intelligent person understand this - accepts this change in meaning. Yet - that same person - failing to keep up with changes in attitude - use in a more modern manner - fails to comprehend - accept that other meanings may have also evolved. Barriers - issues that deal with language - comprehension - are the major problems with good communication among people. As a nation we have failed ourselves - our neighbors - in being open to new meanings - understanding - holding too firmly on old - often wrong meanings. It is definitely time to push the stop button - to stop making rash decisions - rushing to wrong conclusions. Intelligent people have learned that both sides of an issue must be completely investigated before making any decision. Cooler minds must prevail - calmer voices must be spoken to educate - inform others - to avoid conflicting and incorrect commentary - to stop the mass hysteria we are currently experiencing. 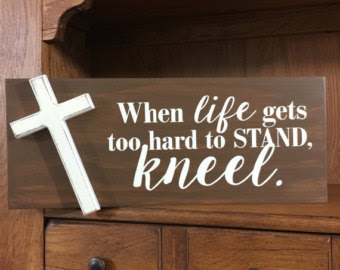 Satan loves confusion - dissension - misinformation - heated arguments. Letting emotions run wild never helps any situation.  Deep slow breathing - keeping a cool head - looking at the larger picture - inviting God into the conversation - will lead to peaceful solutions.  Prayer is the way to start - using your freedom of speech to speak - love - acceptance - tolerance - is the answer. It does not make a difference if you kneel or stand - as long as you do it for the right reason.