In Today's Gospel reading we heard the parable of the talents - the land owner goes away on an extended trip and places money (called talent) in the hands of three loyal workers. Two use the money given them to double what they received - the third - being fearful - not trusting the system - buries his money - only to return to the land owner on his return - exactly as received - no gain - no interest earned. Obviously this parable is not about money - rather the gifts - skills - given to us by God. It is a parable about sharing - no matter how insignificant you might think your talent - skill - might be - if used properly - may benefit others. Another comparison might be the ostrich who buries his head in the sand - hoping that what is going on around him - just goes away - not getting involved - holding tightly to a false safety net. If I close my eyes - the issue no longer exists - if I plug my ears - I cannot hear of another's need - being uninformed - justifies my non participation. 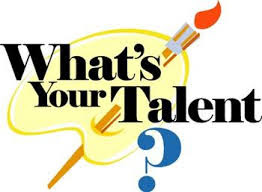 God created each of us - one by one - everyone special to God - no duplicates - even twins - different in one way or another. Like our fingerprints - voice patters - no two persons - the same. Each has been called - each is asked to use their individual talents - skills - to produce an abundant harvest in the garden of God. What you think is minor - to others - might just be what the situation calls for. We have been called - brush off the dirt and dust - from your talents - share with your brothers - sisters - all that God has given you.