While on pilgrimage - one of the things we do every morning is to share Morning Prayer - once on the bus - while traveling to the morning's first site. On this pilgrimage we elected to use the Holy Land Companion by Magnificat - Morning Prayer based on the first site that we would be visiting.  Led by Father Matt and Deacon Dale - the entire bus - singing - chanting the various psalms and prayers of the day.  A great way to begin each day.  Our first stop today - the Mount of Beatitudes - along the Sea of Galilee - Holy Mass. 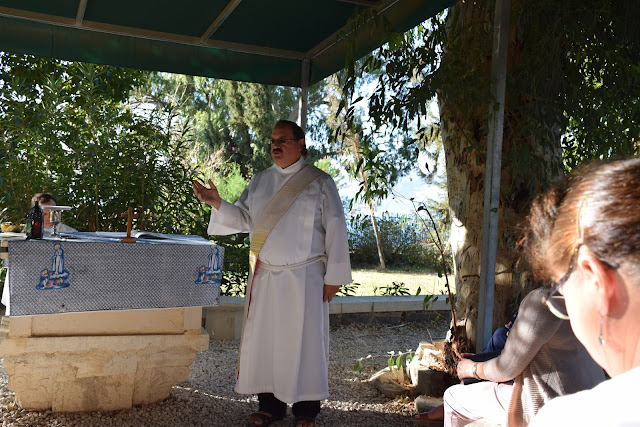 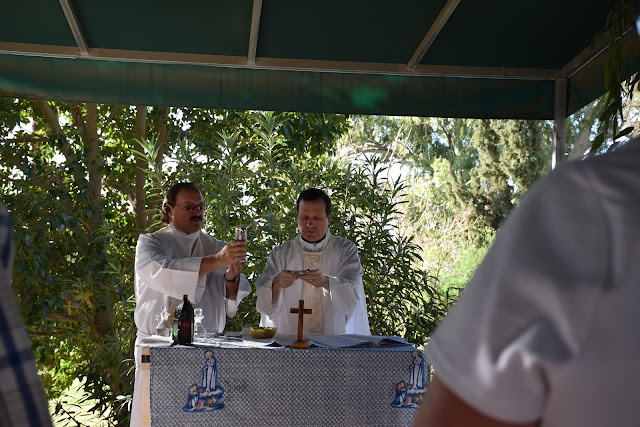 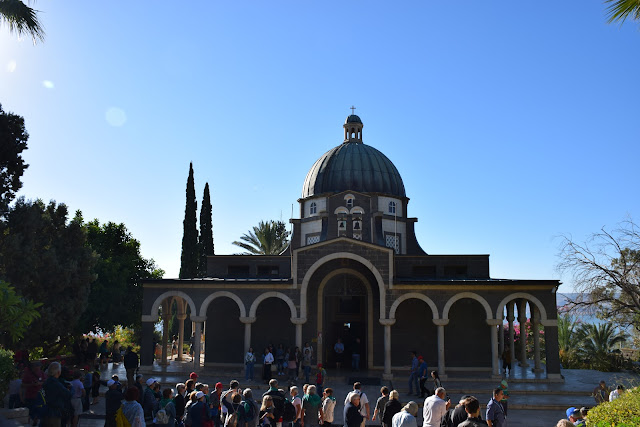 Church at Mount of Beatitudes 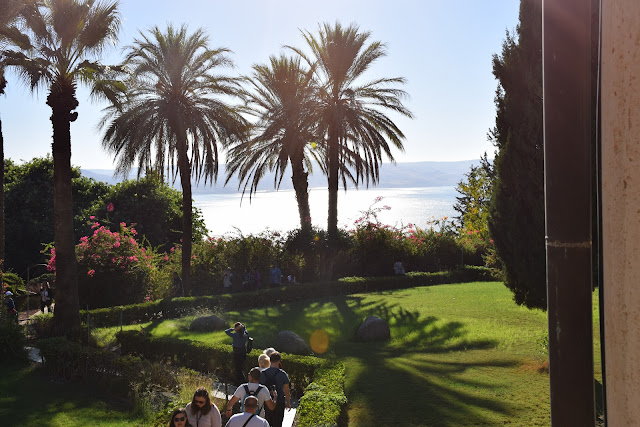 Peaceful Setting on Sea of Galilee 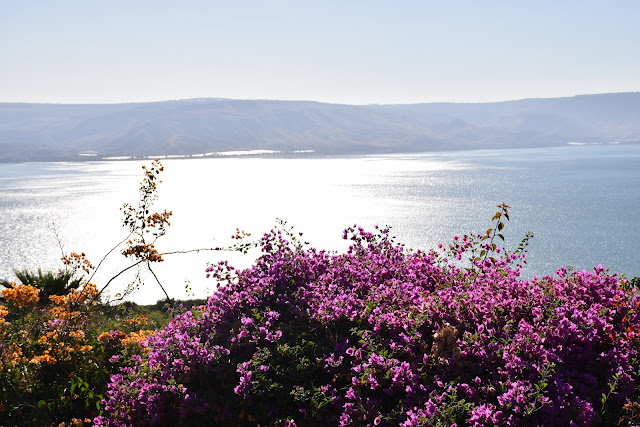 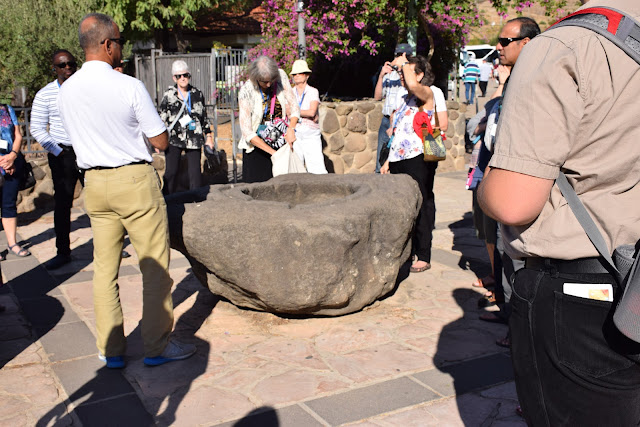 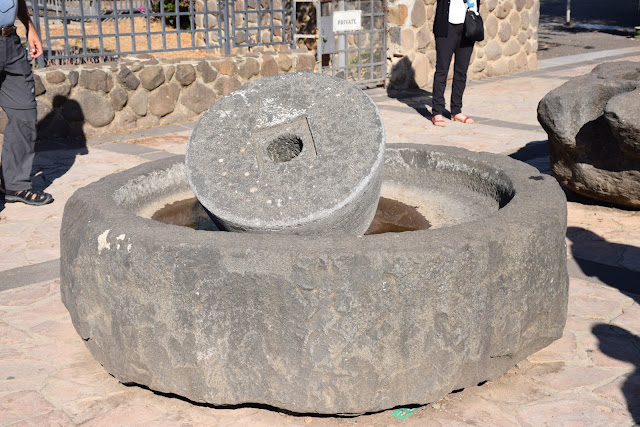 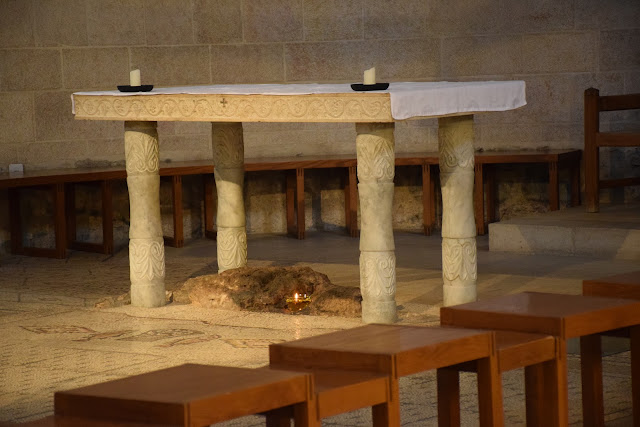 Site of the Multiplication 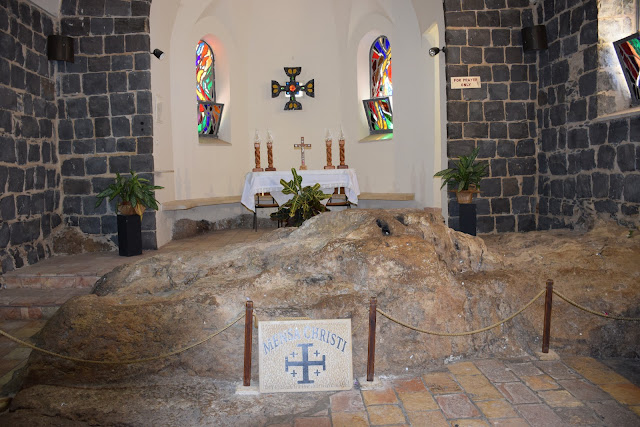 Right next to the Primacy of Peter is the site of the Sea of Galilee where Jesus called Peter to walk on the water... 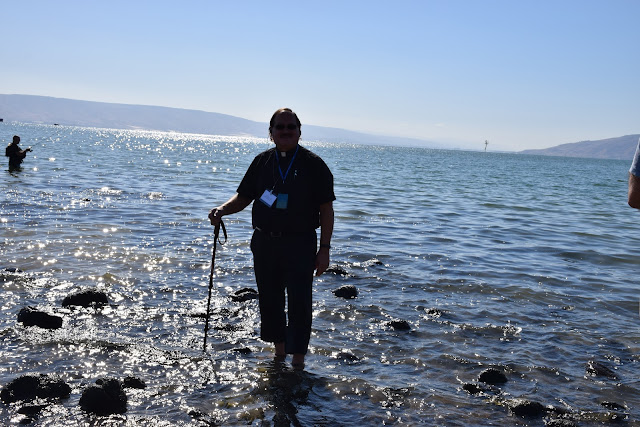 Attempting to Walk on the Water 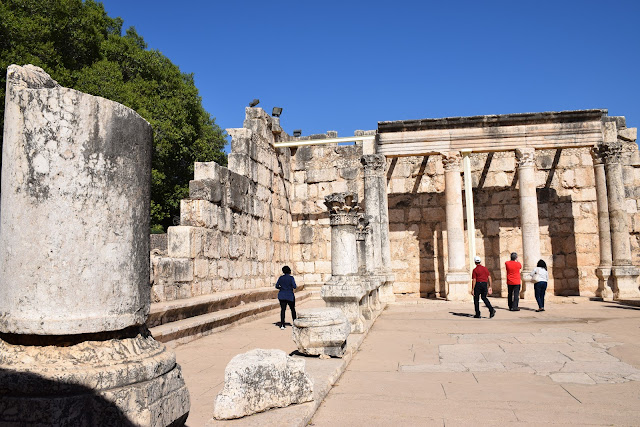 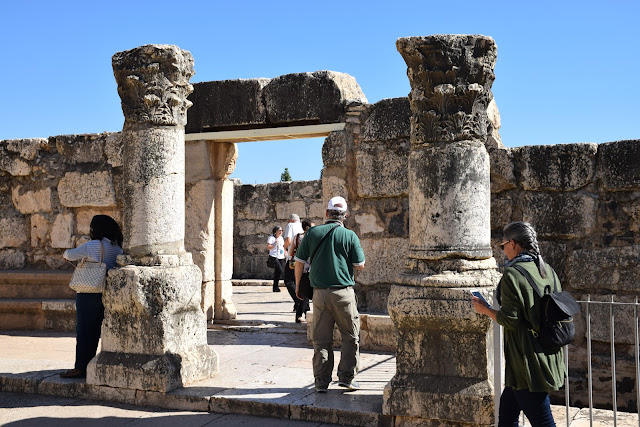 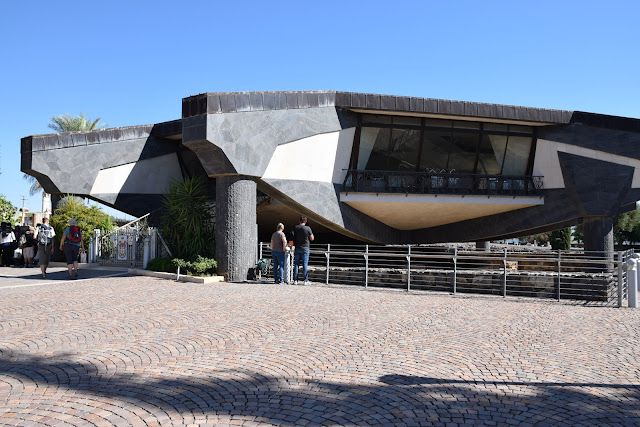 Lunchtime brought us to a local kibbutz where many shared in the famous St. Peter's Fish 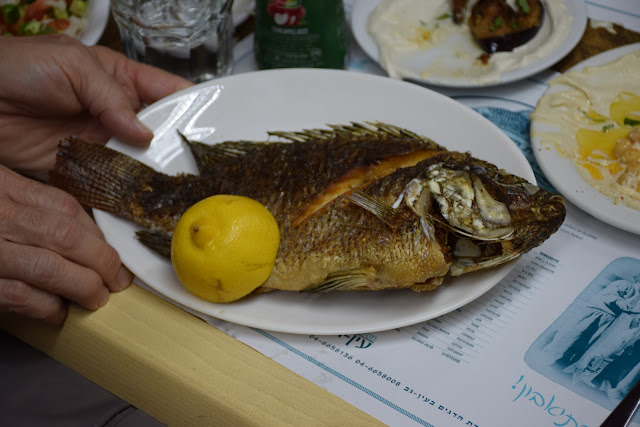 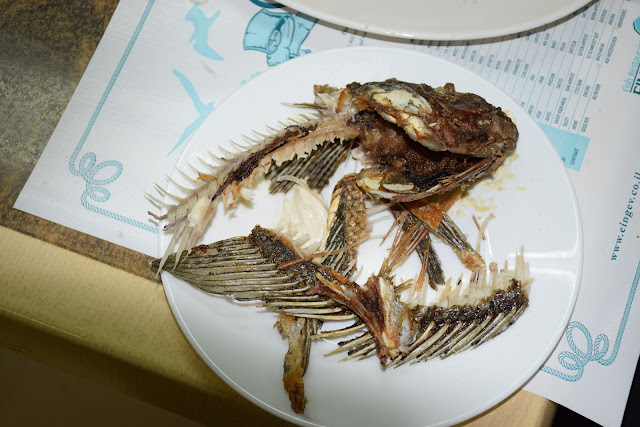 Remains after eating with surgical precision by our pilgrim physician 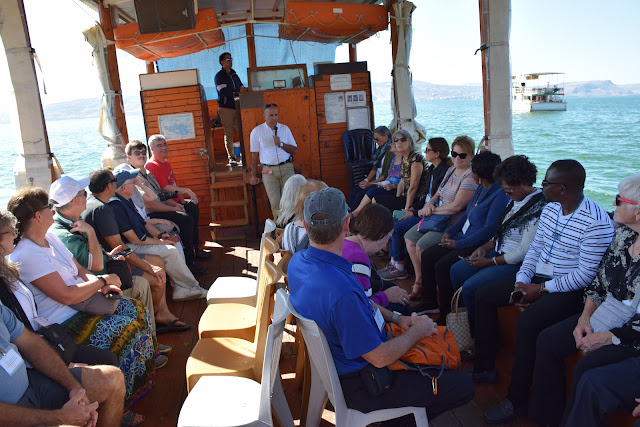 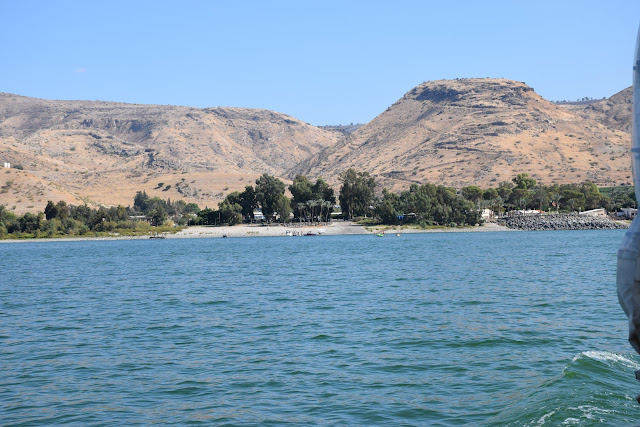 Our final stop for this day was the Jordan River and the Yardenit Baptismal Site.  Here our pilgrims were given the opportunity to renew their baptismal vows either by full immersion or by sprinkling for the less adventurous. 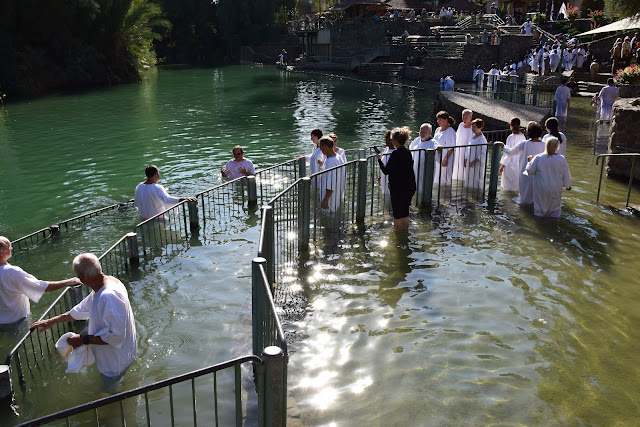 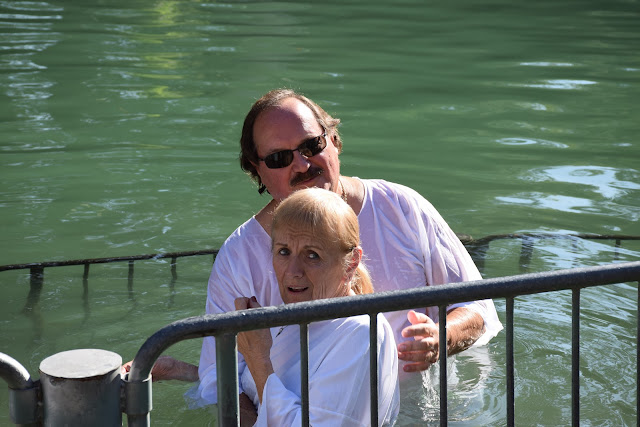 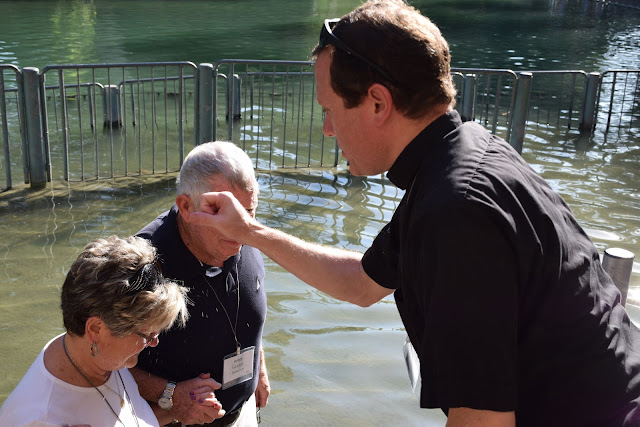 Toweling off and drying themselves - the group boarded the bus to return to the hotel for dinner and the end of a very full day.