Day 6 - Our tour guide decided that the best way to prepare for our 8am Holy Mass today was to walk the Via Dolorosa before and end up at the site of Holy Mass at the Church of the Holy Sepulchre - so he arranged a 6:15am wake up call! Wake up we did and in the early hours before most of Old Jerusalem was out and about - we were walking the Via Dolorosa. To walk in the steps of Jesus as He carried His cross to Calvary in the same location as He did is very emotional and a powerful experience. 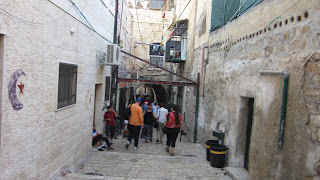 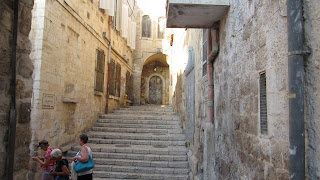 A City Built On A Hill Will Have Stairs 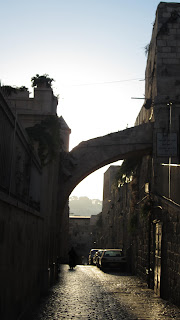 Did I Mention It Was Very Early Morning 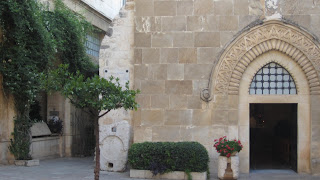 Station 1 - The Church of The Flagellation 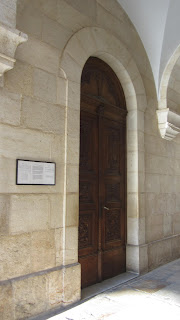 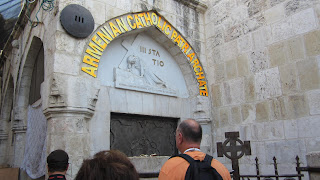 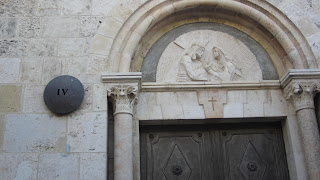 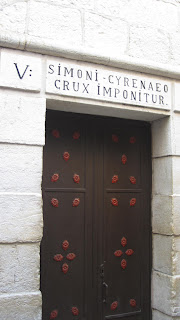 Station 5 - Where Simon of Cyrene Carried the Cross for Jesus. 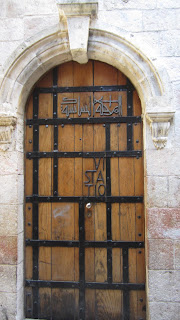 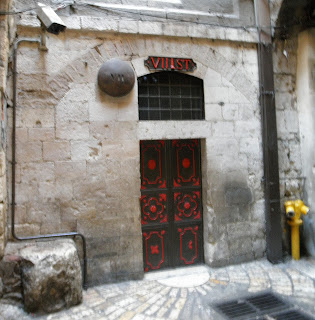 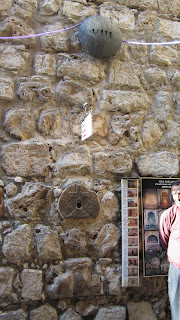 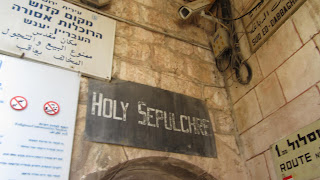 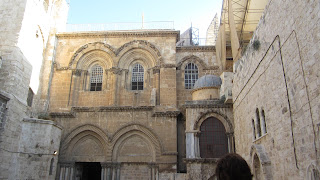 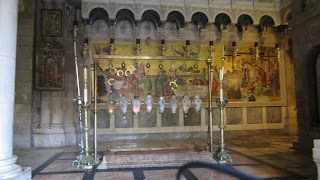 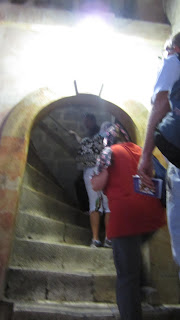 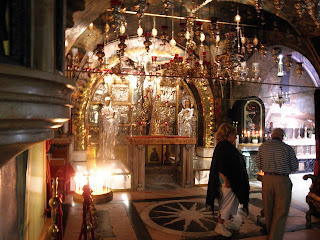 Station 14 - The Rock of Calvary

Immediately entering the Church of the Holy Sepulchre the group proceeded to the 14th Station - the Rock of Calvary where Jesus' Cross Stood. The spot was marked by a large metallic star under the altar. The group took time to reverently venerate this spot - then moved a few feet to the side of Calvary to Celebrate Holy Mass. 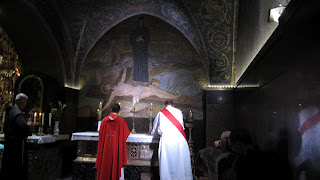 Following Holy Mass my wife and I separated from the group - as I was not feeling well - our intent was to return to our hotel via the Western Wall.  Walking together through the streets of Jerusalem is an experience that one should not avoid.  At the Western Wall we were met by security gates where they scanned our backpacks - keeping this Holy place safe for all visitors. 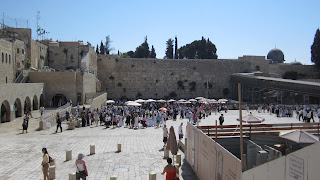 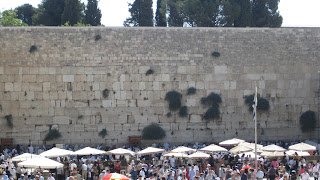 Orthodox Jews separate the men from the women in worship - at the Western Wall they are also separated. In photo below Arlene is approaching the Womens section of the Wall 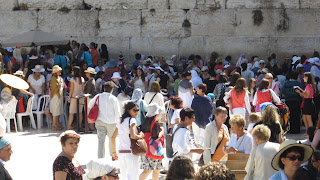 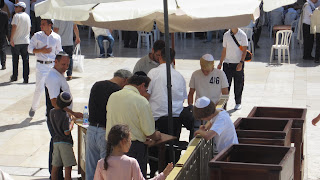 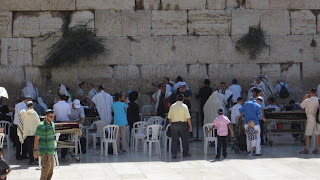 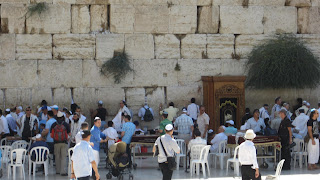 Praying At The Wall

The day that we visited the Western Wall was a day of celebration for many youths who were celebrating their Bar or Bat Mitzvah. It was a true celebration of coming of faith complete with horns and music. 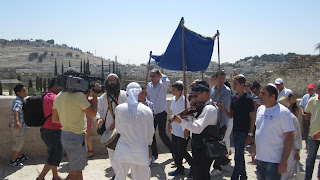 Thus ended Day #6 of the pilgrimage for my wife and I. In the next post I will review the few sites we missed today - which I had seen previously - so I was not upset that I had to leave the group that day - they were in good hands with Deacon Jerry and Father Matt and Nader, our guide.

Deacon Dale
Posted by Dale and Arlene Metcalfe at 10:49 AM