Dead wrong - completely wrong - no possibility that you might be even slightly correct. Most of the time when we get information that is tainted - not completely true - flawed research - we will be wrong - but only partially wrong. When all the information is bad - the research done very poorly - the data transmitted frivolously - chances of being correct - very very slim. When we realize that we have errored - we can only admit the error - move on - seek new data - accurate information - come to a new and better conclusion. 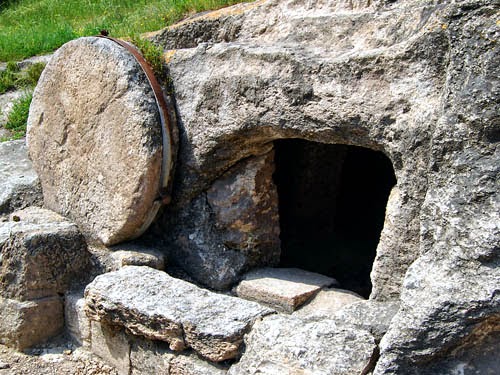 The disciples were told that their friend Lazarus was dead - dead and buried - in the grave four days - bought the farm - kicked the bucket - pushing up daisies -  said his final farewell. Lazarus' sisters thought the same - as did the towns people - all dead wrong. Jesus - frustrated at their lack of faith - in Him - in His Father - in His promises - wept. Wept for  their lack of faith - not because Lazarus had died - wept for their disappointing reaction. Jesus knew He would raise Lazarus from the dead - His disciples should have known that He would perform a miracle - but they doubted - failed to trust - did not believe. We have the benefit of the facts - the records of history - documented evidence - so we do believe - we understand - we trust - we hope in His promises. We trust that like Lazarus - we too will have life forever - in God's Kingdom. This Lent if we learn only one thing - we learn that we can trust the promises of God - the words of Jesus. If not - we will be - dead wrong.