When somebody tells you - in your eye - they are usually referring to doing something good - right in front of you - that you thought was not possible. Basketball players are known to use this phrase - particularly when another player is in their face defying them to attempt a shot at the basket - and they do - right - in their eye. There is something magical about the eye - often called the windows to the soul. We just returned from a two day pilgrimage to Wisconsin - one site we visited was the Shrine of Our Lady of Good Help. Everyone agreed that the most outstanding feature of that visit was viewing the Statue of Mary at the site of the apparition. What made that so memorable was the statue itself - particularly - the eyes. Most statues are void of eyes - rather - eye sockets or plain globes fill the socket - as it is very difficult to reproduce the human eye in a statue that look real. In this case the artist not only captured an exact essence of the human eye - but a gaze from the statue that pierces the soul of the observer. Gazing upon this statue of the Blessed Mother - gazing down at those kneeling before her - has an unbelievable effect on everyone who kneels there to pray. It is difficult to explain - one of those occasions when words fail - you have to experience for yourself. 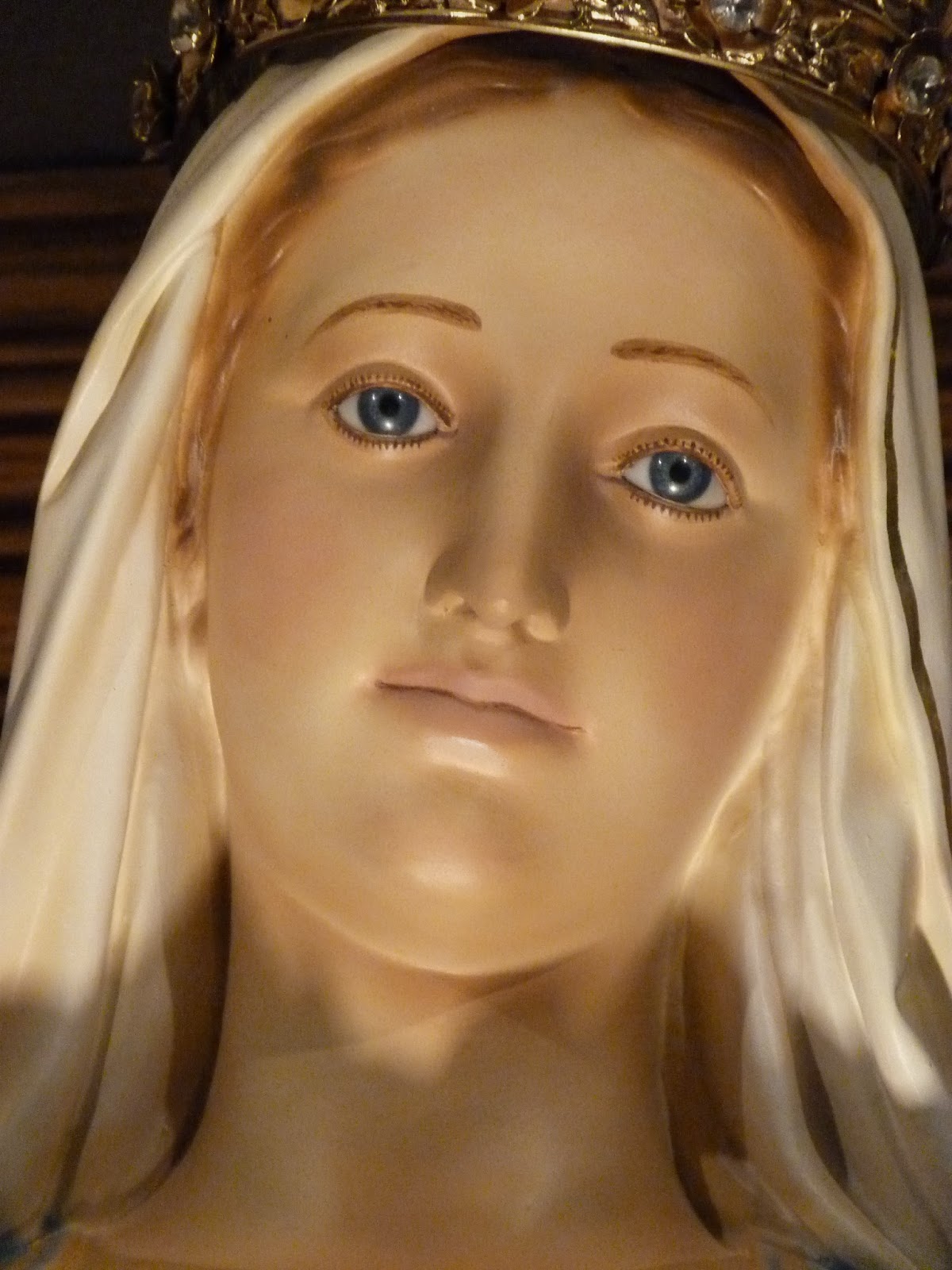 Jesus was known for His piercing gaze - looking into the souls of those who looked at Him. He was able to see the lies as well as the truth - the disappointments as well as the hope - the failures as well as the potential. Two more days and we will be celebrating His entrance into Jerusalem - looking at those who celebrated His arrival - those who feared His presence - His eyes that loooked into their souls. As we wave our palms this Sunday - we focus on our eyes- what we see - what we will see - what affect - it will have on us - as we begin the holiest week of the Christian year.