Here is an interesting article I just came across - as posted in the Catholic News Service.


"Anglican communities in California find 'new home' in Catholic Church
SAN JUAN CAPISTRANO, Calif. (CNS) -- Two Anglican communities from Southern California are now in full communion with the Catholic Church. Members of the St. Augustine of Canterbury and Blessed John Henry Newman communities, based in Oceanside/Carlsbad and Santa Ana respectively, were received into the Personal Ordinariate of the Chair of St. Peter during a July 3 liturgy at Mission Basilica San Juan Capistrano. Established by Pope Benedict XVI, the ordinariate is essentially a diocese for former Anglicans throughout the United States who wish to be fully Catholic while retaining their rich Anglican traditions and liturgical practices. Bishop Tod D. Brown of Orange was the presiding celebrant at the liturgy. His concelebrants included San Diego Coadjutor Bishop Cirilo B. Flores, his former auxiliary bishop; Msgr. Jeffrey N. Steenson, a former Episcopal bishop who heads the ordinariate; and Father Andrew Bartus, a former Anglican priest and administrator of the Blessed John Henry Newman community, who was ordained to the Catholic priesthood in the same liturgy. In addition to ordaining Father Bartus, Bishop Brown also received and confirmed members of the Blessed John Henry Newman community, including Father Bartus' wife, Laura. Bishop Flores similarly received and confirmed members of the St. Augustine of Canterbury community. In his homily, Msgr. Steenson reflected on the ongoing challenge "to be people -- men and women -- of communion." While noting the significance of their reception into full communion, he reminded the former Anglicans that their pursuit of unity must continue. He explained that all Christians must spend their lives working toward an ever deeper sense of communion with God and one another." 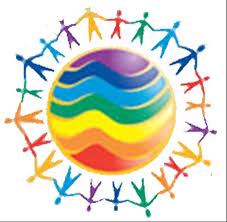 As a Catholic deacon I love reading about people of similar faith expressions who are able to be included under the rich traditions of the Roman Catholic Church.  Jesus came to call all of us to worship and honor His Heavenly Father.  Over many years what started as one body of worshipers grew into a multitude of different groups.  When we are able to reunite groups under the same umbrella of faith -to witness movement from difference to closeness -  then it means that we - as Catholics - are doing something right. As a Church - as individuals - we need to pray daily - "come Lord Jesus" - unite us as one!

Posted by Dale and Arlene Metcalfe at 11:22 PM

Your comments are welcome. Please respect the opinions of others.