Birthday time over - back on the trail today - blister or not we keep on towards our goal - this pilgrim statue reminding us why we are in Spain - our first priority - our pilgrimage.  Just as the current issue with COVID has derailed many of our plans - has also been a disruption with our Lenten journey - worrying about being tested - trying to register for the vaccine - considering the side affects - safety - to vaccinate - or not - for many - that is the question - drawing our attention away from prayers - quiet time - God 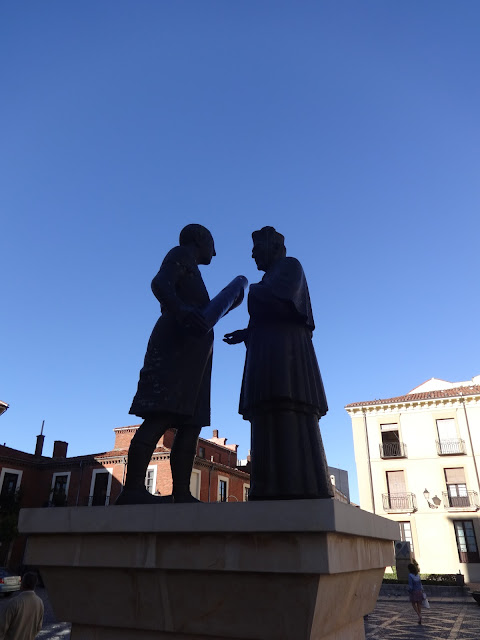 Statue outside Casa de los Botines
As we left Leon we passed by the five star Parador®  - originally a monastery founded in the twelfth century to provide lodging for the pilgrims travelling to Santiago de Compostela in Galicia.  It later became the headquarters of the Order of Saint James whose soldiers provided protection for the pilgrims.  The original building was demolished in the sixteenth century and the construction of the present building, on the original site, commenced in 1515.  This is one of the most beautiful Renaissance building in Spain. The carvings depicting religious and historical events on the 100 meter long facade are worthy of note.  As a hotel - featured in the movie The Way. 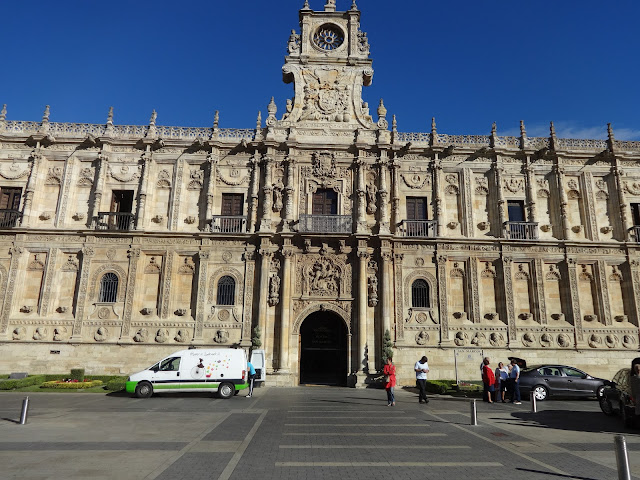 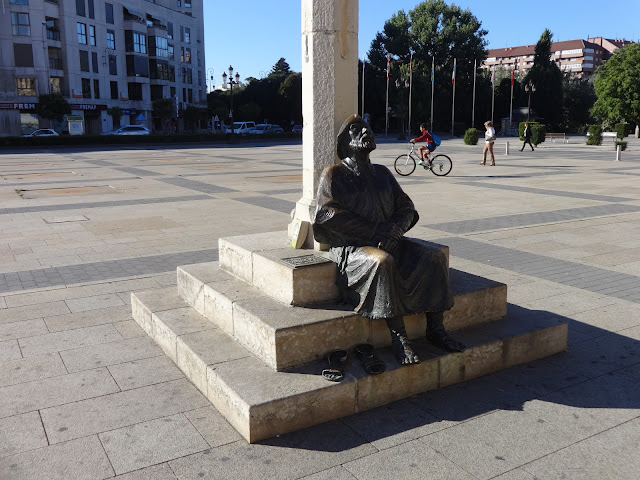 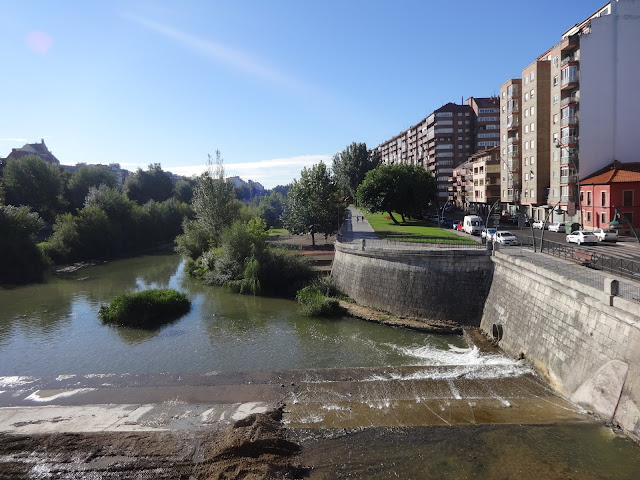 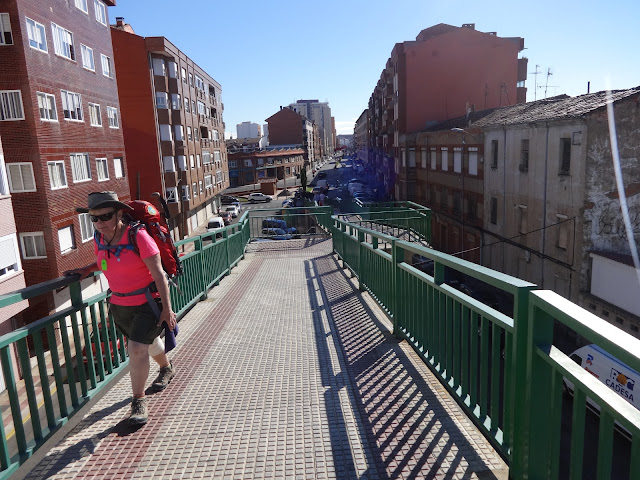 man made hill
Finally - the hills behind us - we came to a flat stretch - coincidence? praying a rosary at the time.  In Lent so many opportunities to say a rosary or chaplet on a moments notice - dotting the day with prayer 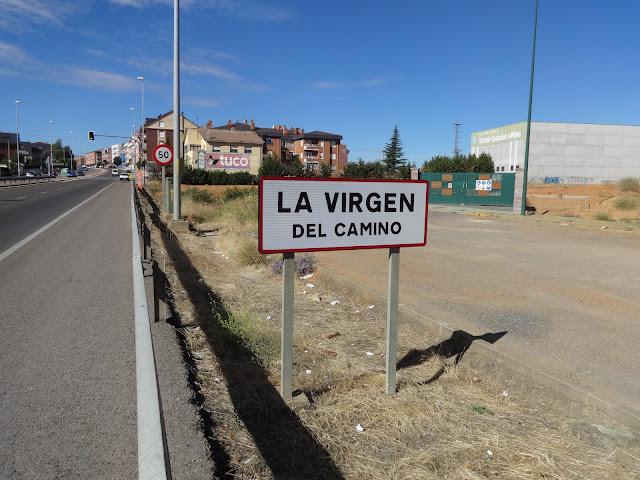 Time for a rest
The entire pilgrimage we have been walking near - alongside - over the roads along the Camino trail - now a short stretch under - in Lent do you always take the high road - open to diversions? 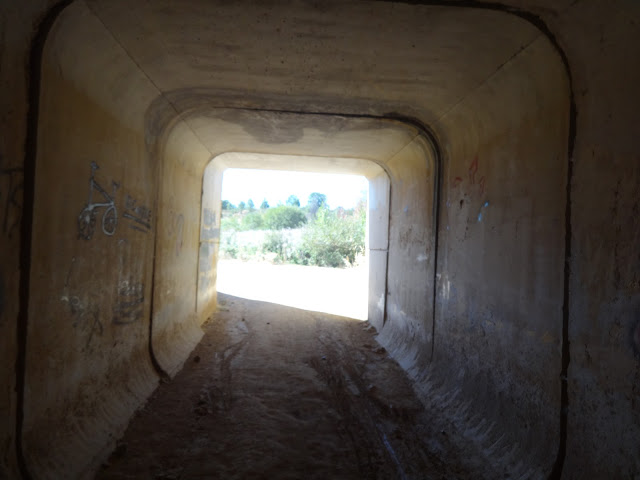 Tunnel under highway
Then there were rocks - rubble 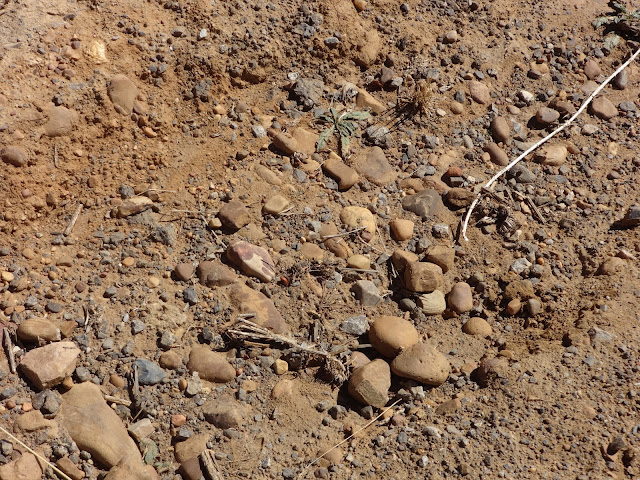 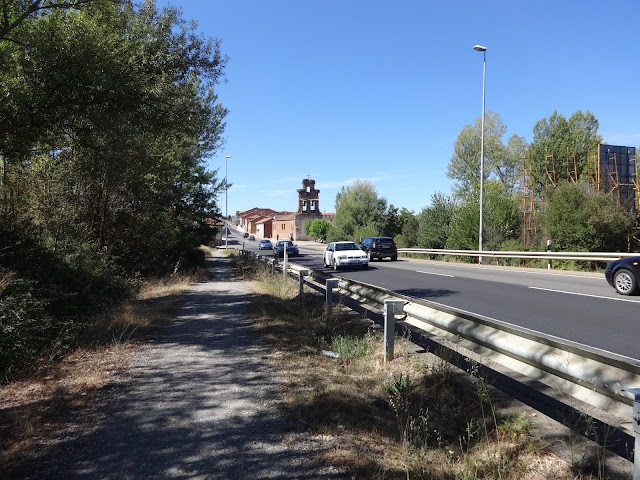 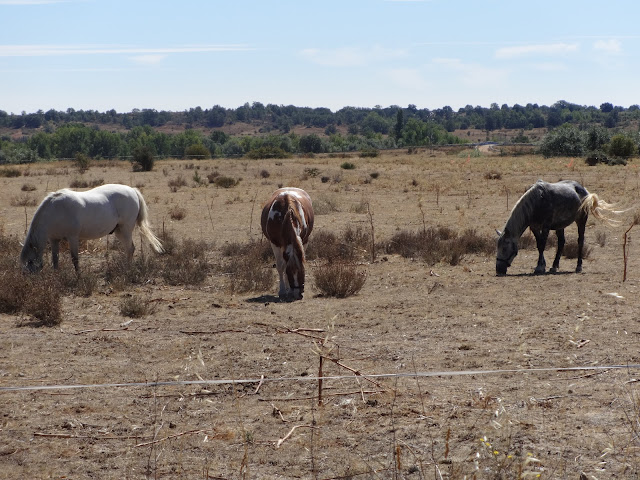 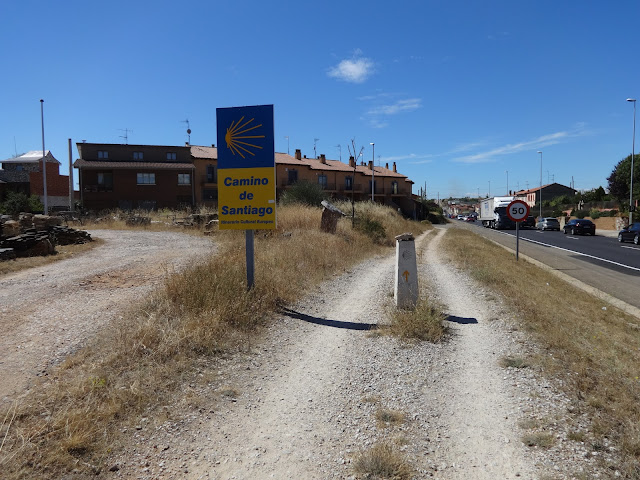 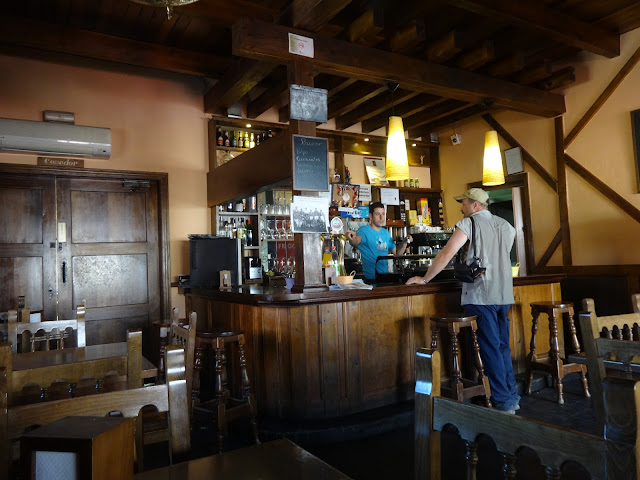 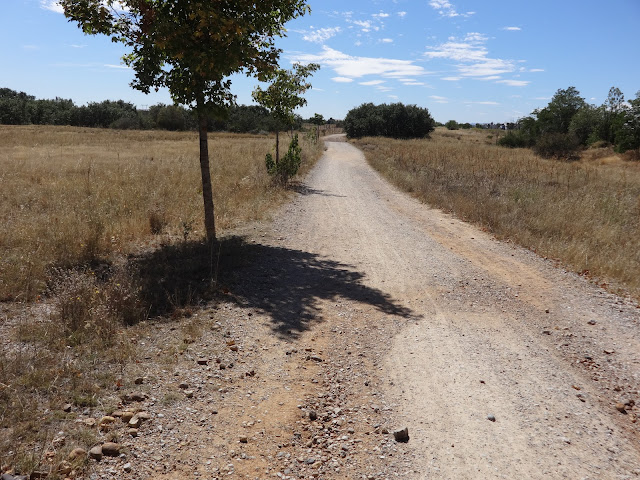 Back on the trail - more and more - again
At this point we were tired of the sun - heat - feet getting tired-  Albergue some where ahead - ready for a shower - vino y tapas - sleep.
Deacon Dale
Posted by Deacon Dale at 6:00 AM