Another sunny morning - best way to wake up each morning - even when overcast - thanking God for another day of life - starting our day with a positive attitude. If yesterday did not go as expected - another chance to get it right - new days - new opportunities. This day on Camino on our way out of Ponferrada - decided to investigate the Knights Templar Castle a 12th century structure.  It was early - so doors locked but we browsed outside for a bit.  Very often in Lent  many lurk outside - watching what others do - how they do it - our time spent with Jesus - observed by some - hopefully encouraging them to do likewise. 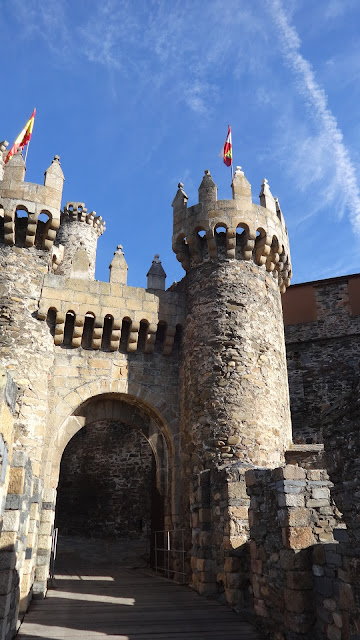 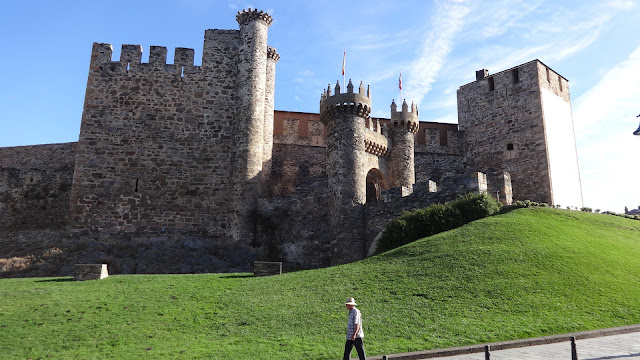 Lots of stone - pretty much what you would expect
The Knights Templar were a Catholic military order founded in 1119, headquartered on the Temple Mount in Jerusalem. The order was active until 1312 when it was perpetually suppressed. The Templars became a favored charity throughout Christendom - and grew rapidly in membership and power. They were prominent in Christian finance. Templar knights, in their distinctive white Mantles with a red cross - were amongst the most skilled fighting units of the Crusades - non-combatant members of the order - made up as much as 90% of their members The Templars were closely tied to the Crusades - when the Holy Land was lost support for the order faded.  Rumors about the Templars' secret initiation ceremony created distrust and King Phillip IV of France took advantage of this distrust to destroy them and was able to convince Pope Clement V to disband the order.  A warning to all who come in power - when they abuse that power.  In Lent we ask - when have I taken advantage of a situation that benefited only myself - not others.  Time for confession - Lord have Mercy on me - a sinner. 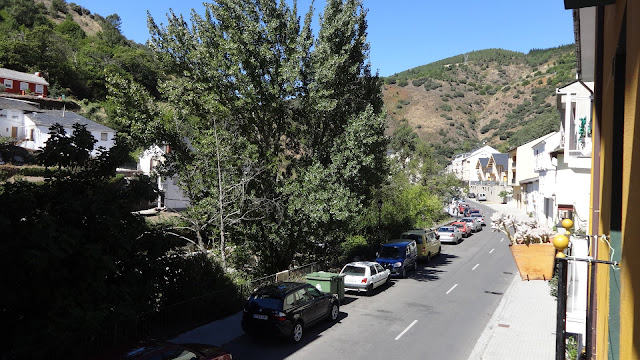 Our next destination of Villafrance Del Bierzo - wandering through this village - a medieval town with buildings and bridges that testify to its authenticity. 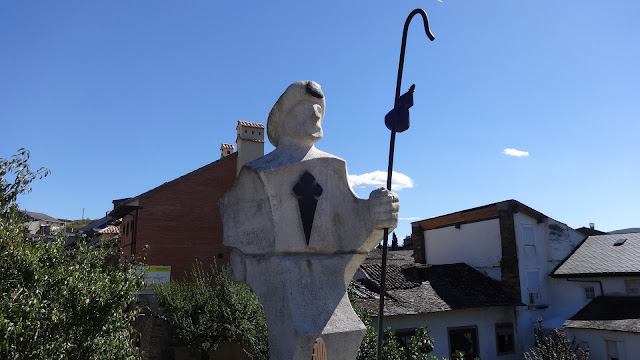 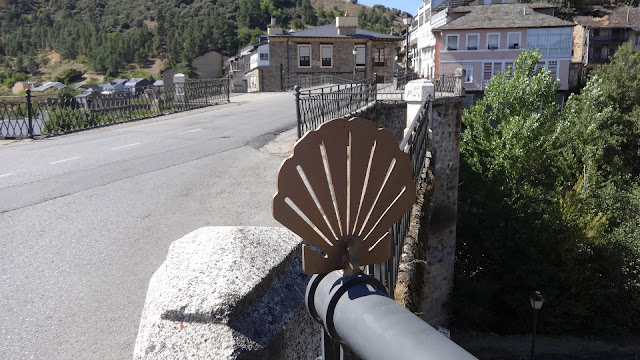 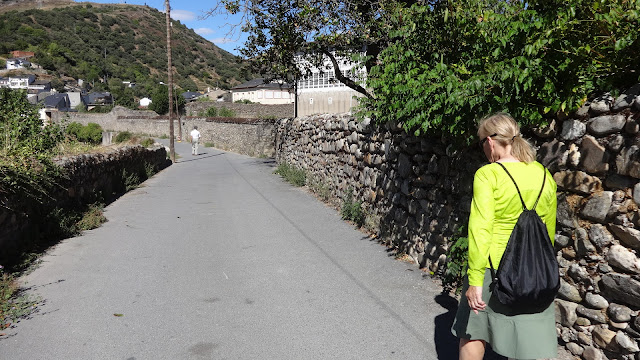 Wandering through the village - lost in prayer 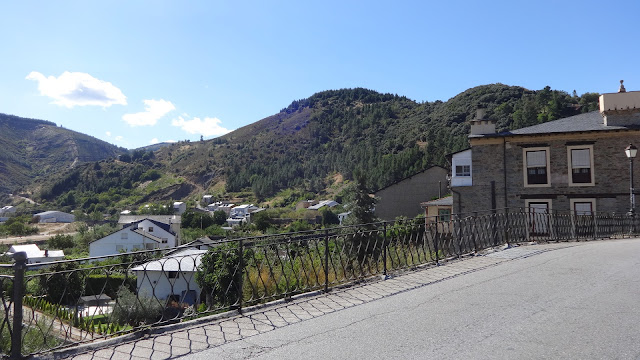 Village built on the mountains 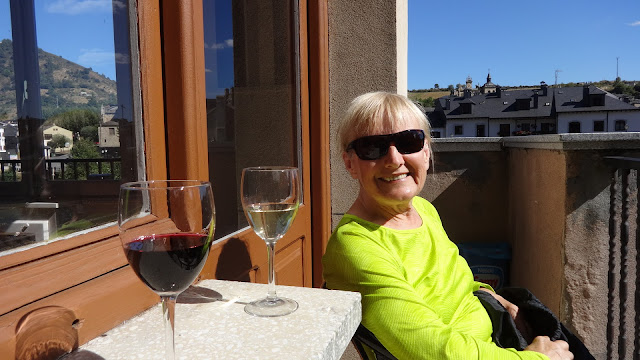 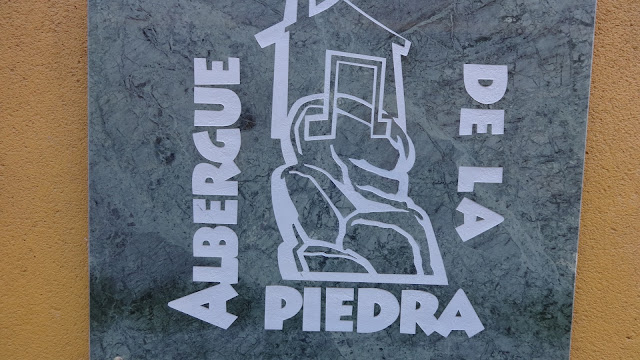 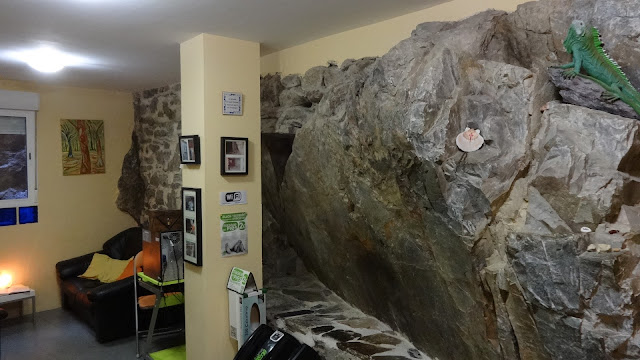 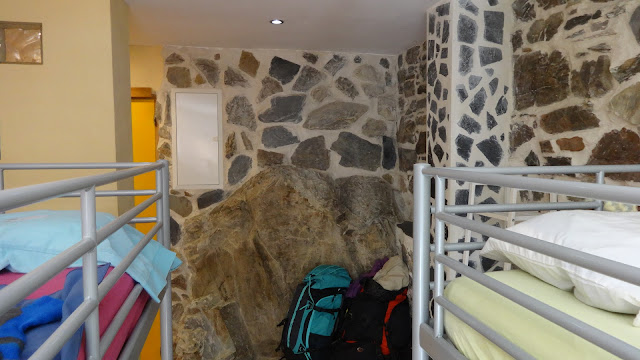 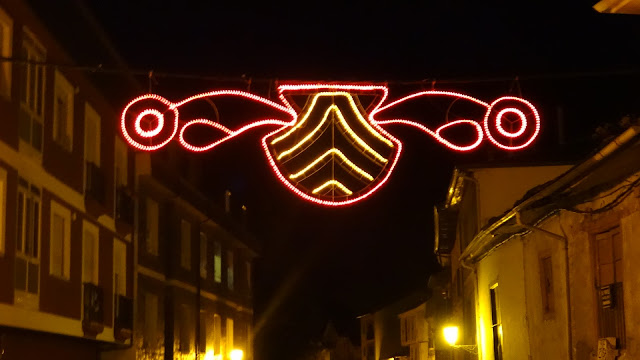 Festival
The village was noisy at night due to a local festival  - did not disrupt our Camino - we had slept through worse.  Those who live along the Camino tend to sleep late - stay up routinely past midnight - eating - drinking - singing below your windows.  Despite any interruptions during Lent - always time for prayer - even if late at night before you fall asleep - quality - not quantity.
Deacon Dale
Posted by Deacon Dale at 6:00 AM