Bridges - When is the last time that you crossed over a bridge and gave it a second thought - the age - materials used in construction - style of construction - intended use - technology - design engineer - contractor - construction crew - maintenance - terrain - locations being connected - who or what will use it - only a short list of factors to consider when designing and justifying the cost of the project. Bridges transport - people - vehicles - animals - materials - finished goods - individuals - communities. They connect one geographical point to another - strangers to friends - friends to foes - lovers to each other.  On the Camino - we walked or passed by so many bridges we lost count - on this day our trek promised to have us engage four or more bridges - large and small - as well as other Galician delights.  The most important thing about bridges - they connect individuals - like bridges - the Camino connects people - hopefully in these small bridges of new relationships between participants - the entire world would benefit.  In Lent - those we encounter help to create a bridge between ourselves and Jesus. On this Pam Sunday may we draw closer to Jesus as we enter the Holiest of weeks. 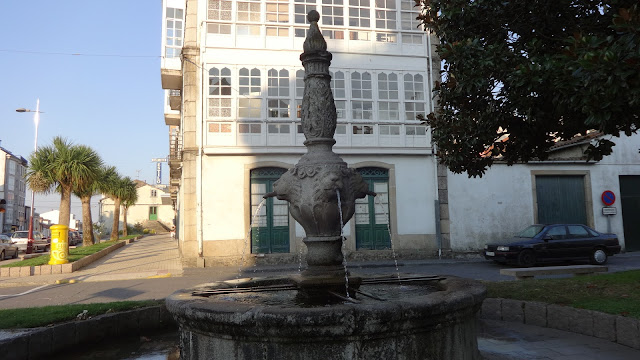 Water fountain in square by the albergue 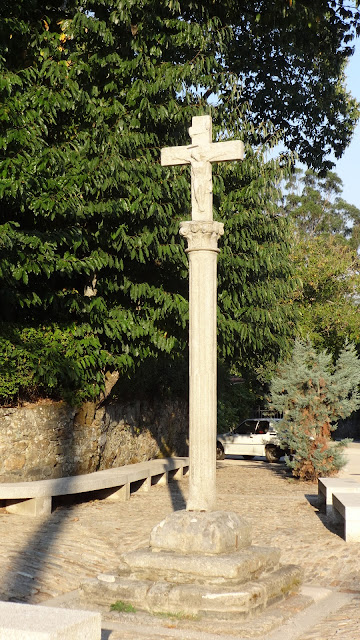 Every Neighborhood Has a Square - Every Square Has a Prominent Cross 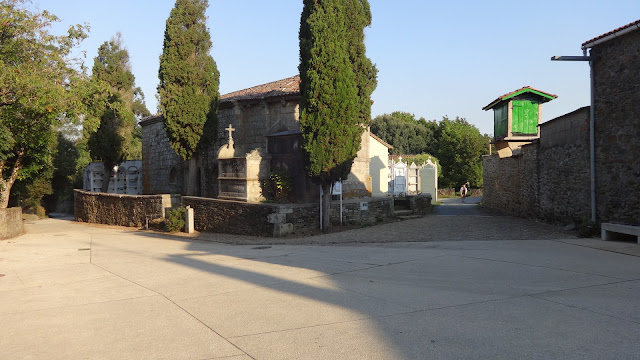 Entrance to a cemetery 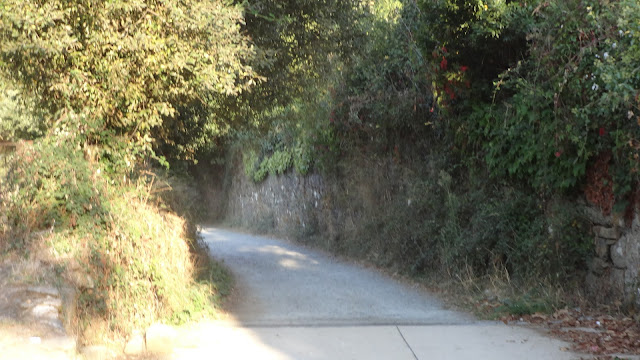 Leaving Town on the High Road 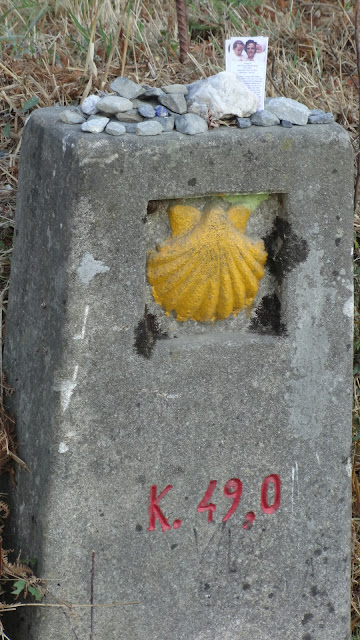 49 kilometers to Santiago - Note St Gianna Prayer Card on Top
One of our intents on the Camino was to spread the word about Saint Gianna Bretta Molla - so we had been handing out prayer cards we had printed - to everyone we met - leaving at most of the albergues we stayed at -  underneath the cash tip we left at restaurants and cafes. When we finally got to the 50 kilometer marker - we started leaving the cards at every way marker that was accessible - one every half kilometer - by the time we reached Santiago - we had distributed over 150 prayer cards on these markers. After we reach Santiago we  continued on to Finistre and left the final cards there - all totaled - we distributed 600 prayer cards. Some of these cards were left in the prayer card racks in various churches - so with God's blessing - a lot of people will have been introduced to one of our more modern saints. 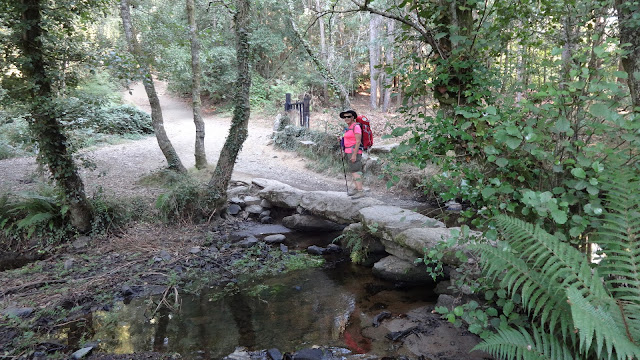 Rocks stacked together - the water runs between and under them - bridge 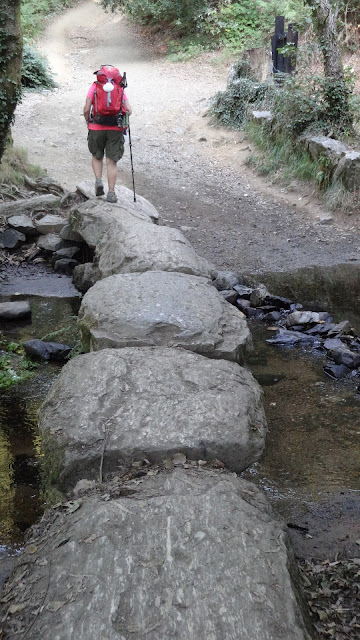 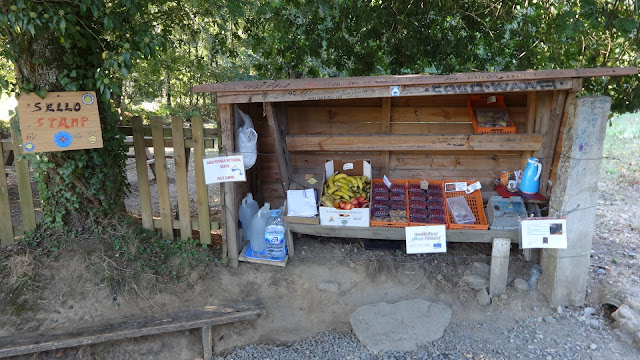 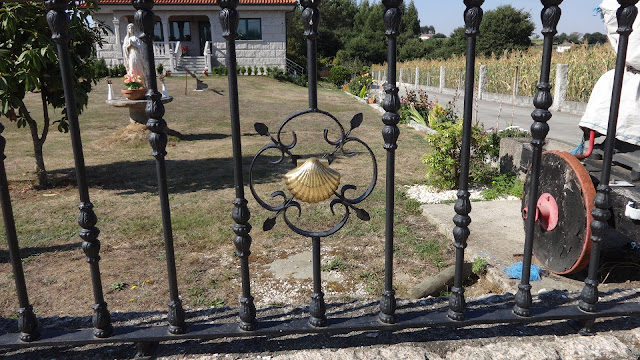 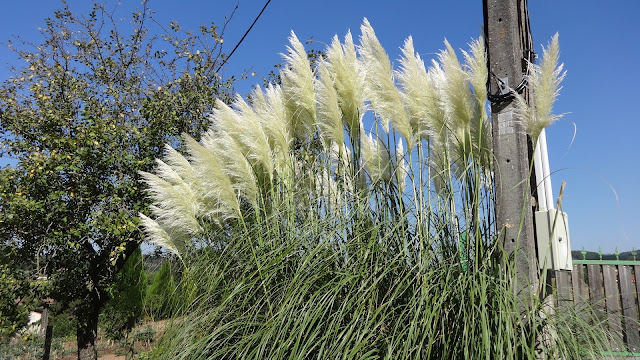 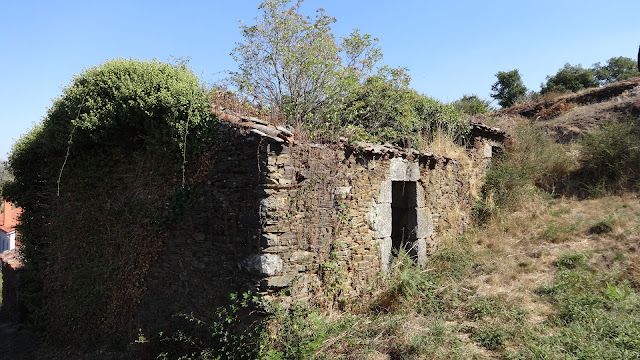 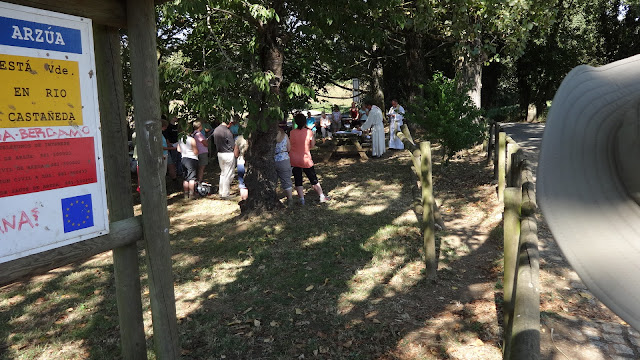 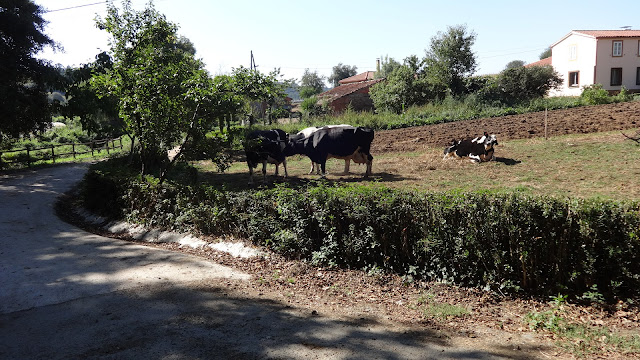 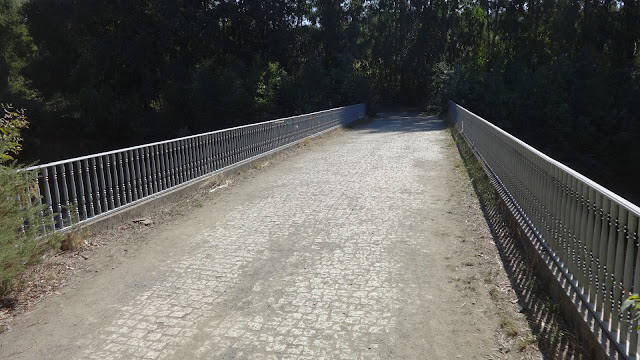 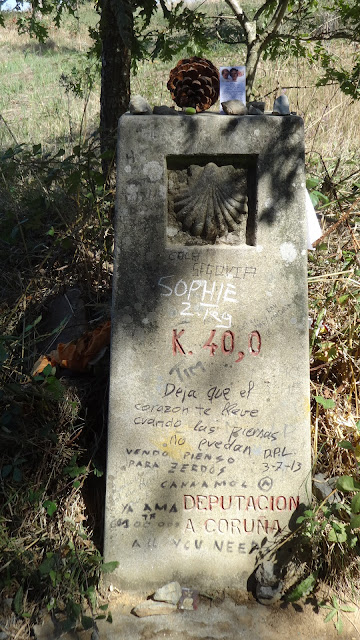 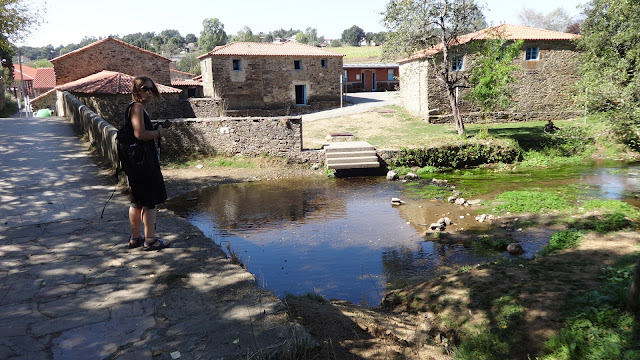 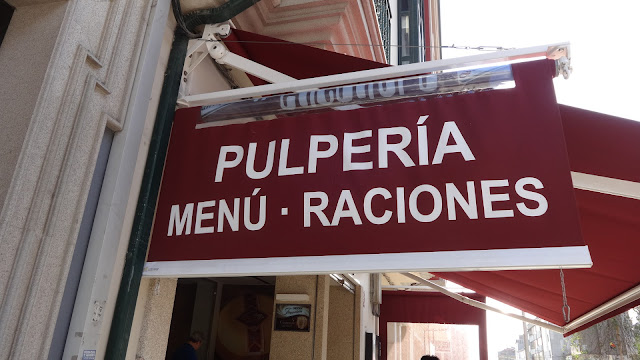 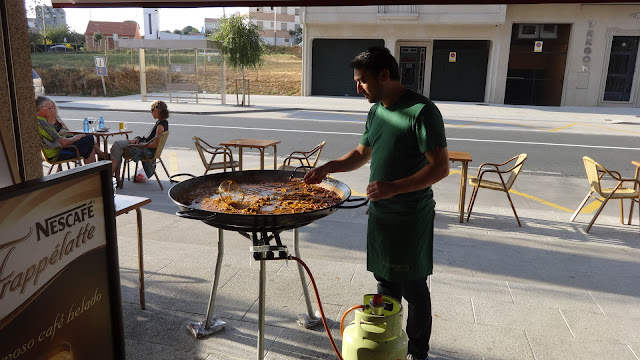 Cooking Paella outside the restaurant - the smell attracts customers 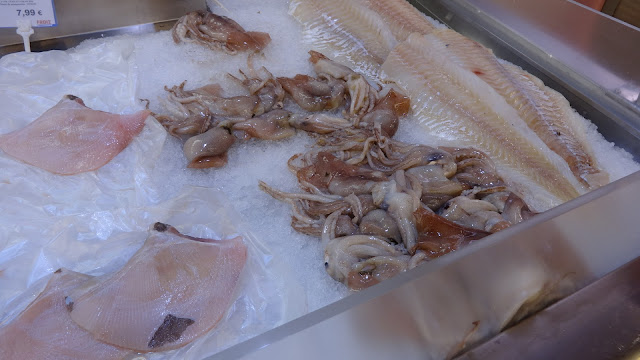 raw octopus
At this point we had three more days left to walk to the Cathedral at Santiago to reverence the bones of Saint James.  We tried the paella and the pulperia/octopus - paella was ok - not a fan of octopus - tended to be very rubbery - very difficult to cook so we were told. Just because we have a difficult experience or mediocre meal does not mean that we immediately reject in the future.  Bad prayer experience? Try another.  Religion - spirituality is not a one size fits all - as individuals - God comes to as in ways that connects with our spirit - not necessarily with all.  For each there is a WAY - not identical - rather similar.
Deacon Dale
Posted by Deacon Dale at 6:00 AM