Our albergue from the night previously was interesting in that instead of regular bunk beds - they had triple layer bunks. They were too high for us old pilgrims to attempt - stayed in the lower level bunks.   They were setup with two sets of three layer bunks in an alcove. Although English - in one form or another - is the universal language - on the Camino there is a large number of people who are only able to communicate through a language not native to them. On numerous occasions I had to use my limited Spanish with a peregrino whose native tongue was neither English or Spanish - yet we were able to understand each other and communicate - both with limited Spanish - a testament to people seeking to communicate with others.  In Lent frequently we may be invited to share a spiritual experience that is foreign to us - joining others who are comfortable in that devotion - opens us to new prayer experiences. 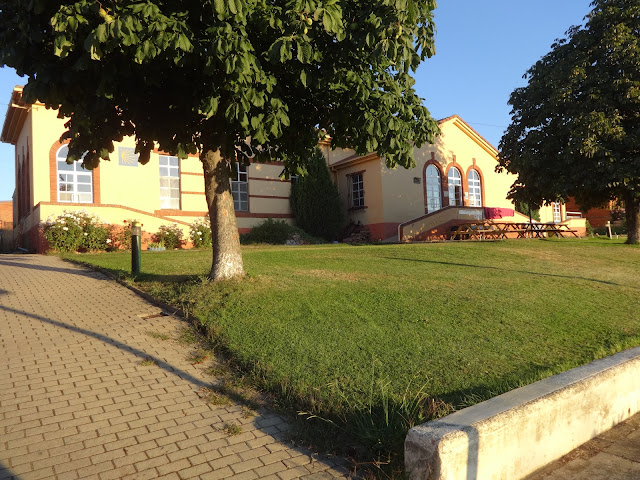 Albergue In Villadangos del Paramo
At the albergue In Villadangos del Paramo - I had to use my one year of college French to talk with a fellow from France - he did not speak either English or Spanish -  - I was afraid I would not understand - but was able to learn from him that he was traveling with his wife - that they had started their Camino in Le Puy, France and they lived in the southern part of France.  A Camino surprise - God blessing both of us.  Being open to God and what he has in store for us - countless blessing come forth. 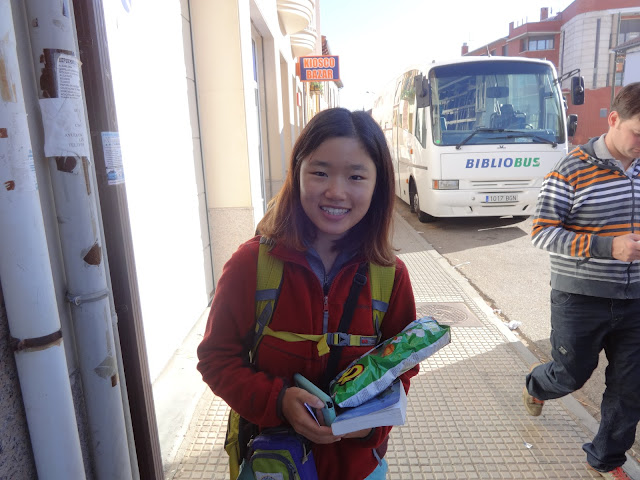 Pureun - "Blue" From Korea
This same morning as we left the alburgue we also met a young woman from Korea - Pureun - who said I should call her "Blue" since her name in Korean translates into blue in English.  I asked her why she would use that - as I did not find her name difficult to pronounce - but - obviously she had other experiences to prove otherwise. She apologized for her bad English - but I had no problem learning that she was traveling alone - was a communication student who had decided not to continue at university because it was very expensive - and that she was coping with a tender knee issue - similar to Arlene's.  God - again opening doors when you let Him. 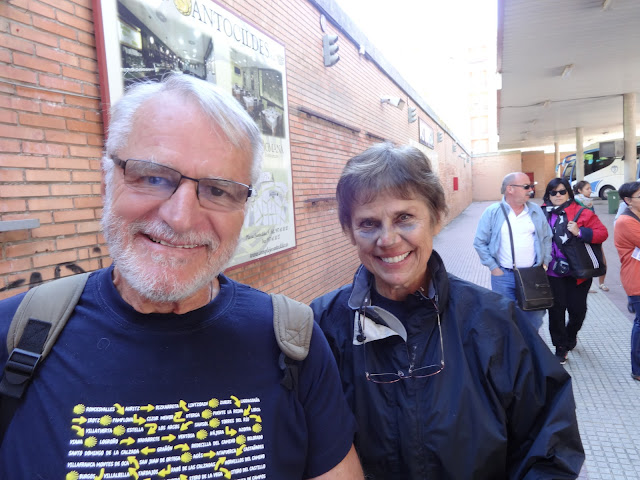 John and Sharon
Along with Purean - we met a couple from California who were heading to Astorga with us - no language issue with them. 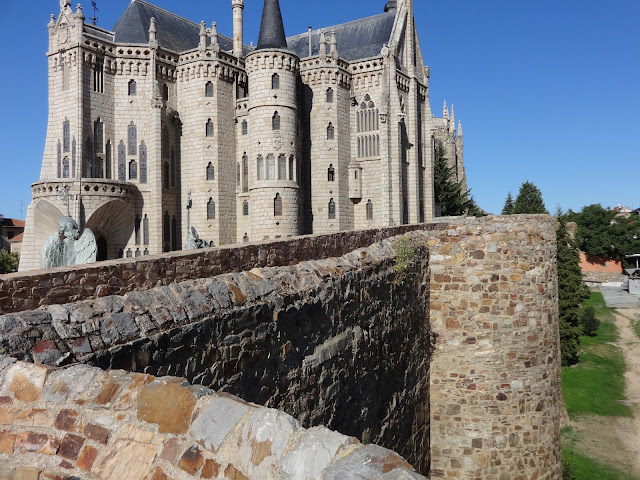 Museum of the Camino 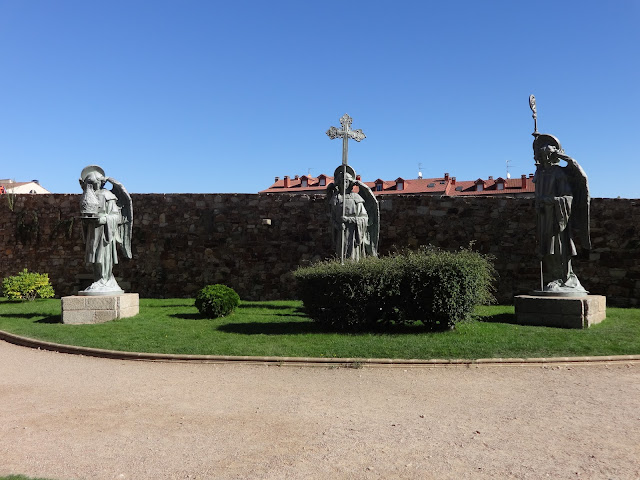 Pilgrim statues at the museum 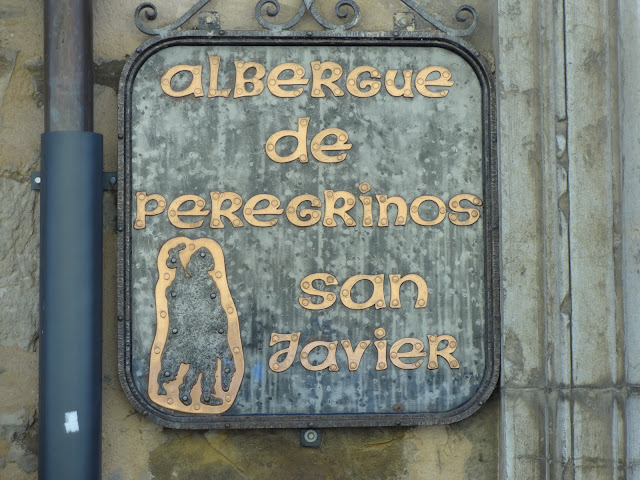 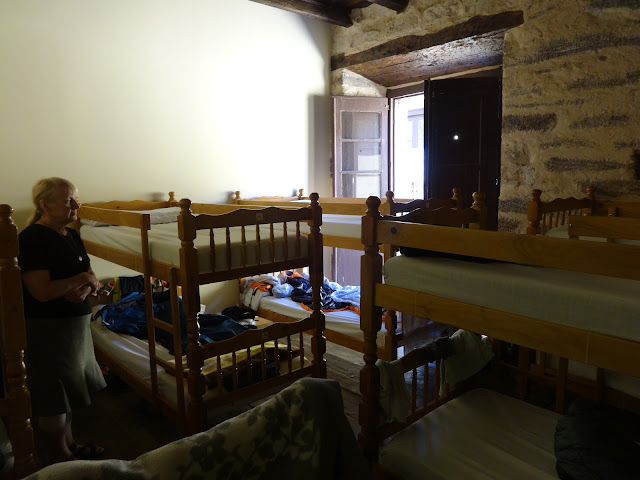 Dormitory style bunk beds
Since our stopping time was about 4:00 PM we decided to stop here for the day - select our beds - drop off our back packs and spend a few hours wandering - three hours before dinner. 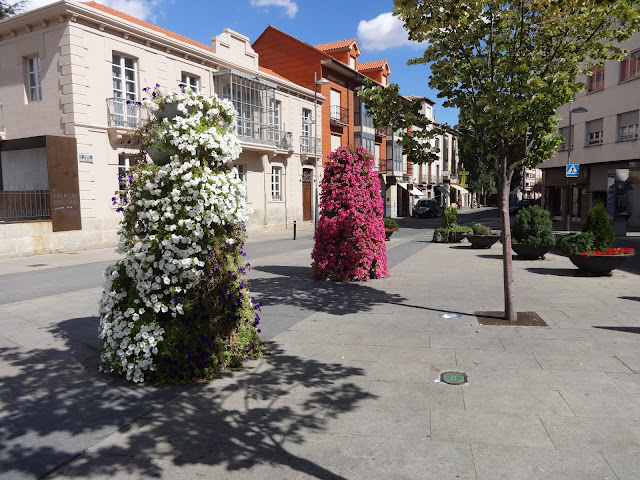 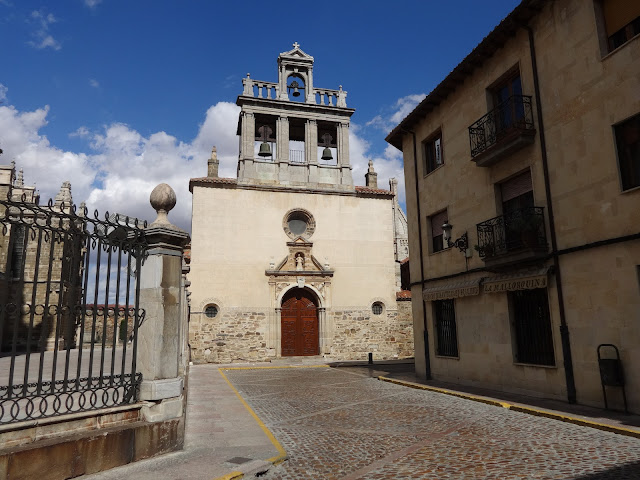 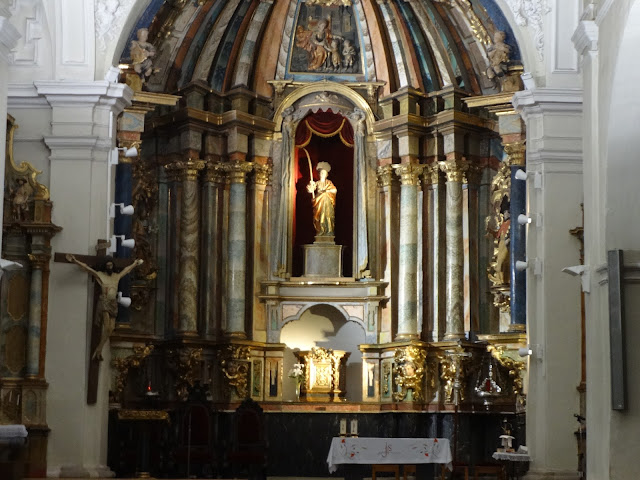 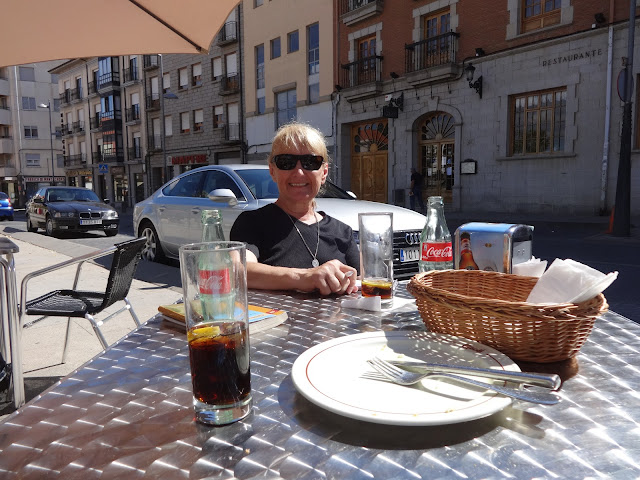 Afternoon Coke y tapas - saving the wine for dinner
Relaxing at a table we bumped into John and Sharon from California and shared afternoon snacks and decided to find a place for dinner together.  Dinner was great - lots of fun - went a little late when we realized that it was 10:00 PM and we remembered that the albergues close at that time - said a quick goodbye - raced off to find our albergue - in a panic we arrived about twenty minutes after ten - hostess calmed our nerves when she said - we don't lock up until 10:30 PM - thank God for small blessings - again.  We retired for the evening - saying a few extra prayers.  Lent provides plenty of these God moments - touching the Divine when we least expect.  When we open our eyes to the possibilities of what can be - wonderful things happen.
Deacon Dale
Posted by Deacon Dale at 6:00 AM