Another beautiful sunny morning - except for our very last day in Spain - no rain - mornings always cool --needed to wear our lightweight "puffy" jacket for the first hour - then put in our pack and walked in our short sleeves and shorts until quitting time - as we journey this Lent - always important that we are comfortable as we sit and read our bibles - say prayers - sit in adoration.  Removing distractions goes well for any spiritual exercise that we engage in. 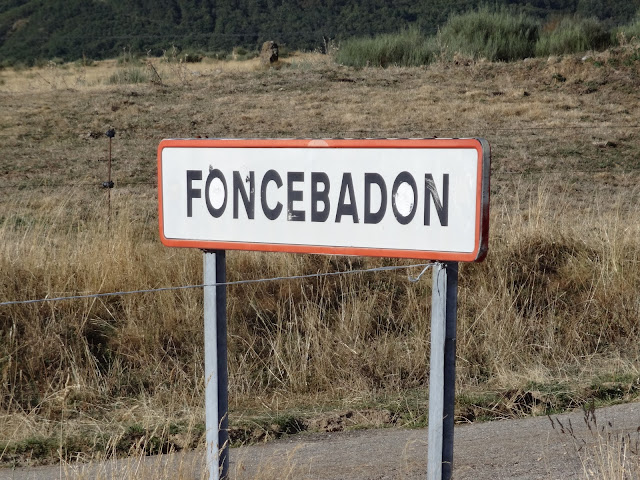 Today our focus - the Cruz de Ferro - we walk through the small town of Foncebadon - it is interesting that as you approach a town you see a sign as above - when you exit that town you will see the same sign with a red line drawn through the name indicating you have left that town. On any pilgrimage - walking or virtual at home - in church - nice to know if you are entering or leaving. 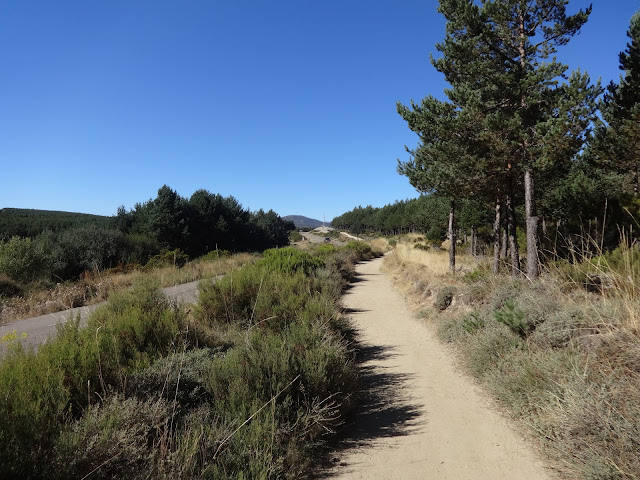 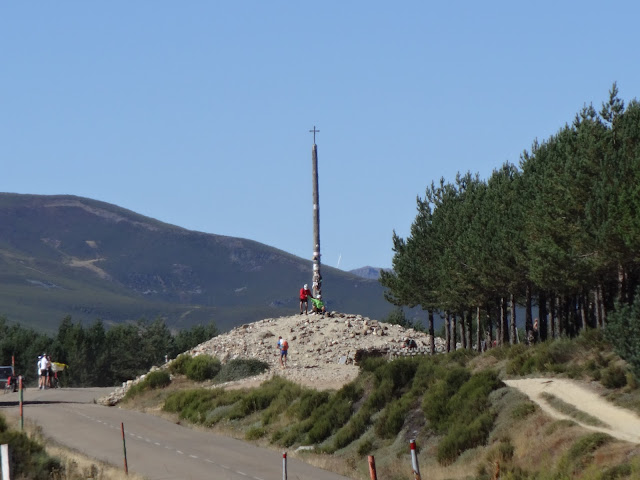 The Cruz de Ferro - Iron Cross - basically an iron cross on top of a 5 meter (16 1/2 feet) post in the ground. The hill surrounding the base is made up of small stones left by pilgrims. Some historians believe that it was a place used by the Celts even in pre-Christian times and that it was a part of an unknown ritual, while others believe that the ancient Romans used it to mark a border between two territories. Speculations abound, but the most popular belief is that the cross was put there by the Apostle James himself. As the tale goes - Saint James was passing through the land on one of his evangelical missions -  when he encountered pagan priests who were performing a ritual that involved human sacrifice. Full of righteous anger - he grabbed a stone from his pocket and threw it at the pagan altar. Guided by the Lord - the stone shattered the altar into a thousand tiny pieces - Saint James erected a large cross in its place to mark the power of the Almighty.

Regardless of what the actual truth is - Cruz de Ferro is beautiful to behold and climbing to the top of the hill will allow you to take in your surroundings from a different perspective.  One of the best things about the Iron Cross is that it allows you to partake in a very old - freeing tradition. When you approach it - you’ll see that it’s surrounded by small rocks of all shapes and sizes  - rocks carried from home by thousands of pilgrims - representing their own burdens - left at the foot of the Cross. 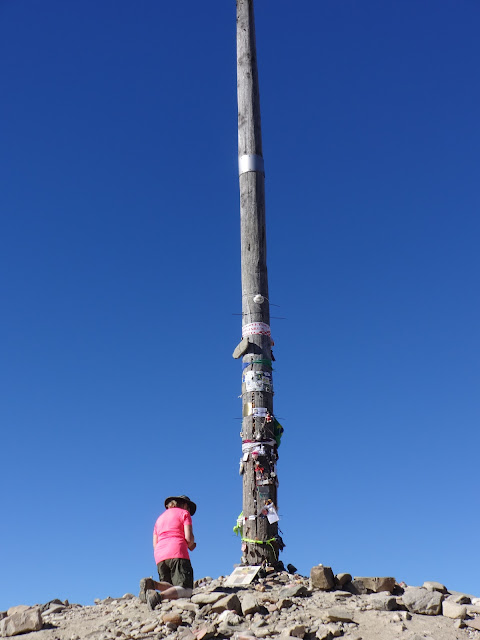 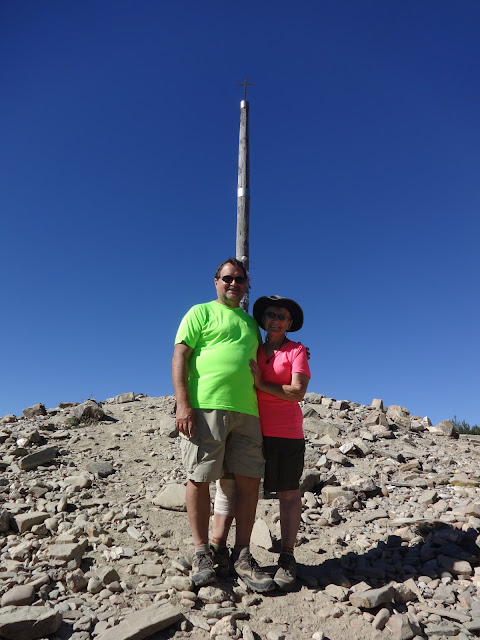 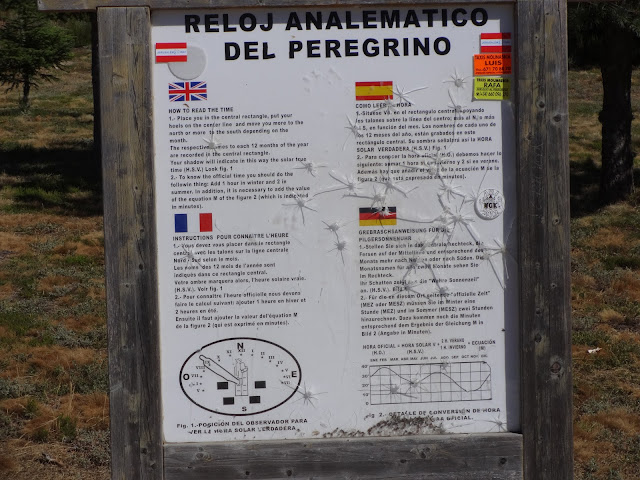 Pilgrim Timeline info about the cross 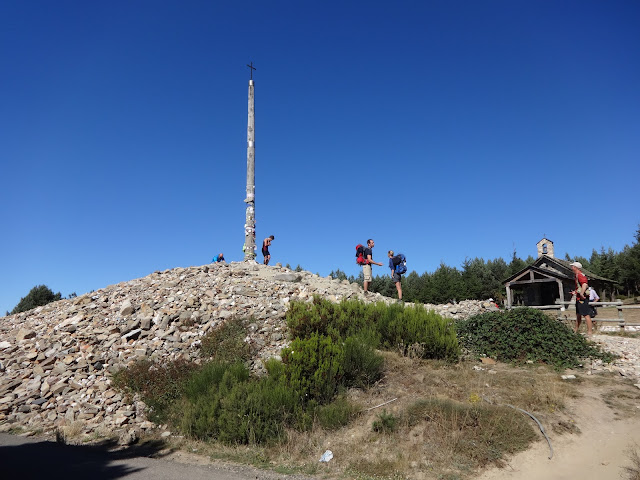 Bus tours brings thousands of tourists to the Iron Cross 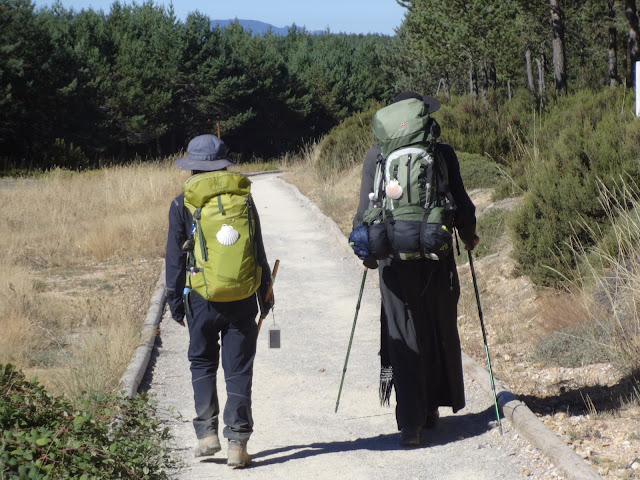 Peregrina walking with a very tall priest in cassock 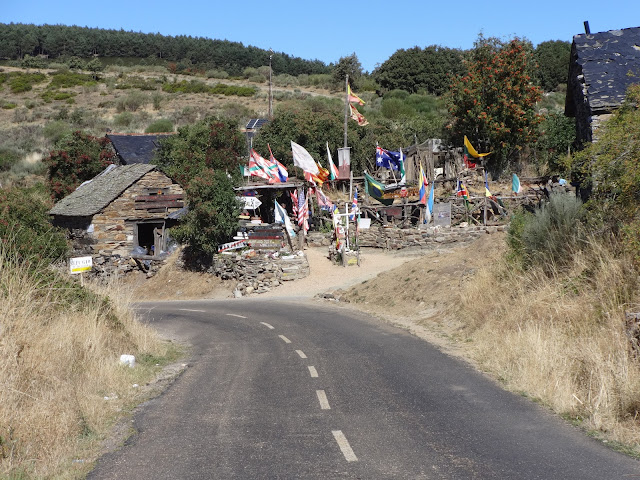 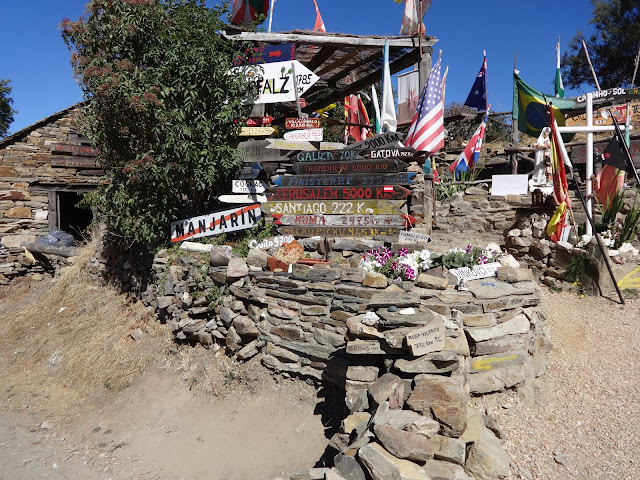 Note distance signs to places around the world 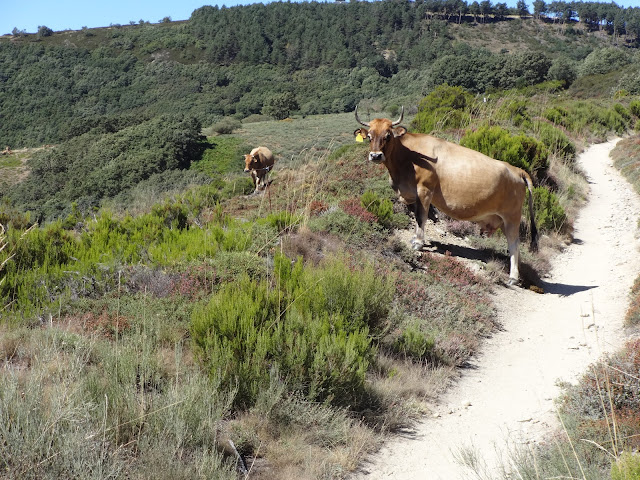 So we met up with some horned cows - Arlene made a mad dash up the hill - harmless cow - not a bull - had wandered through a hole in the fence - told her to get back where she belonged - and she did!  Once she did - Arlene came down - we continued on 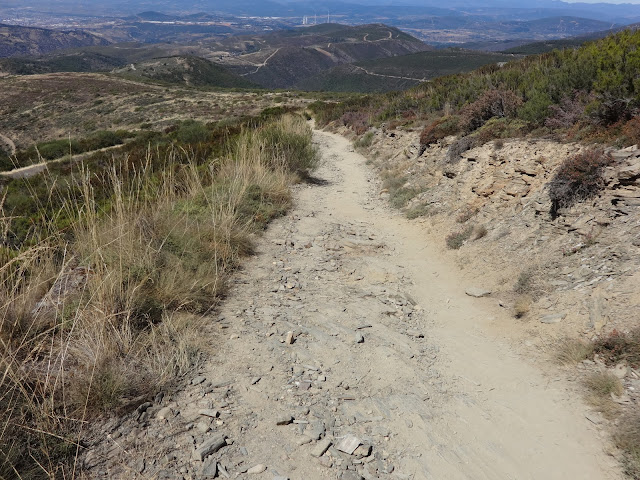 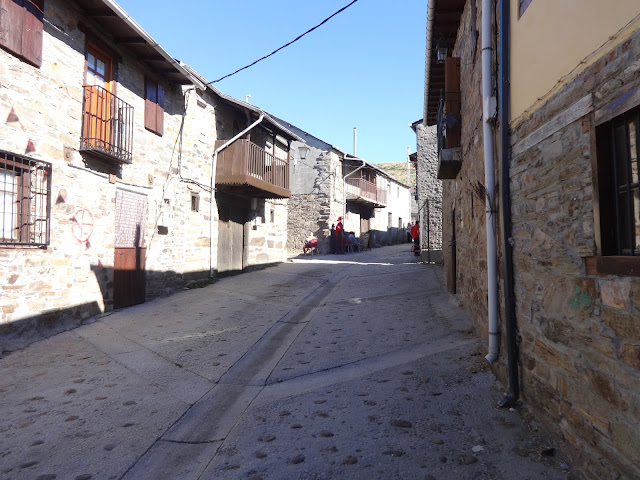 In town back on flat pavement 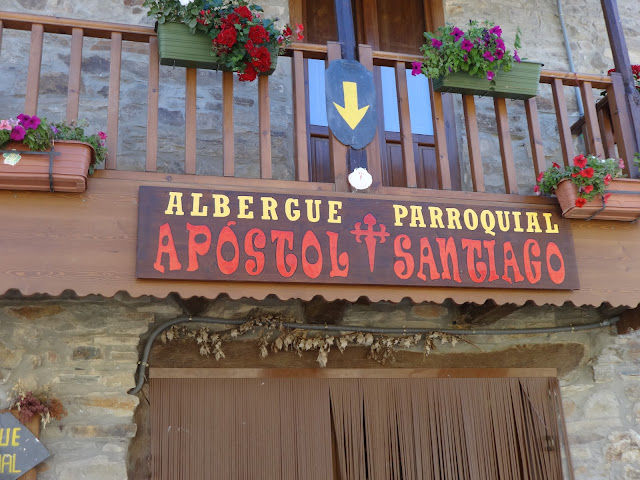 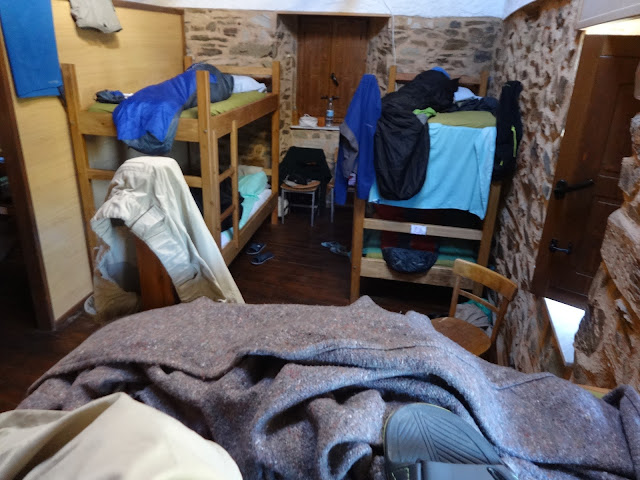 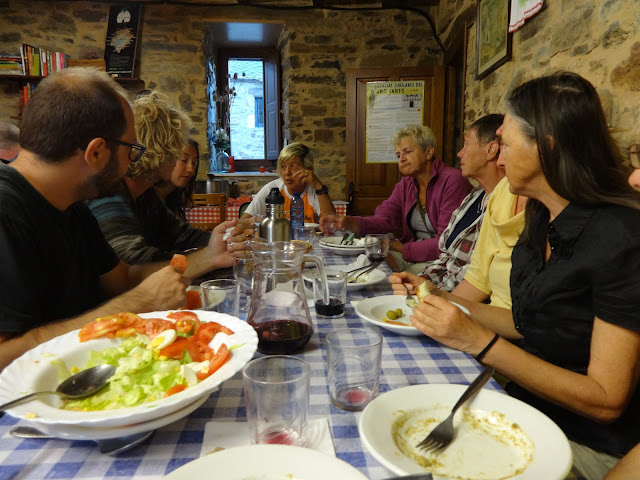 At the donativo - everyone had to chip in with preparing dinner - slice & dice - chop - cook - setup plates - one of the best meals we had. We enjoyed a pleasant community dinner tonight prepared by Priscilla from Brazil - - our hostess. Conversation centered on walking rocky paths with Katarina and her mother from Germany - Lucia from Poland - Eduardo from Barcelona - and a young lady from Oregon and her male companion from Denmark - while the gentleman at the next table from Ireland entertained the lady from New Zealand.  Another very interesting international evening.  We did mention that most speak English.  A very good feeling being with strangers with similar interests - similar to times when we attend church programs like Alpha - Jesus with all of us - wherever we might be.
Deacon Dale
Posted by Deacon Dale at 6:00 AM