One of the most common concepts of Lent is sacrifice - giving up something - emptying oneself - making more room for prayer - meditation - reflection. I agree wholeheartedly about the concept of sacrifice - not completely with what so many give up - chocolate - candy - television - smoking - Facebook. All of us have more free time than we like to admit - time to nap - time to waste - time for almost anything - except prayer. I personally think the best sacrifice one can make during Lent is that of self - giving up ourselves - thinking about others - doing random acts of kindness - unrequested prayers for the needs of anyone besides yourself - senseless acts of charity - with no recognition - no recompense -- nothing - except the knowledge that you did the right thing - at the right time - in the right way - building  the kingdom of God - one prayer - one random act of kindness at a time. I devote more time to pray - considering the needs of others - especially those who don't attend church - those who do not believe in God - those who walk a different path. My goal this Lent - growth in the time spent helping others - not in organized activities - but those known only to myself - known only to God. 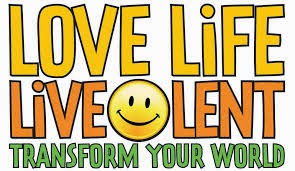 God doesn't need more temples - churches - shrines - programs - edifices built in our image. He needs us to break free from the common - to do the uncommon - the unrecognized - the anonymous - the senseless - touching hearts - through prayer - personal sacrifice - random acts of kindness and charity. He calls us to be true disciples - not promoting or advertising what we do - letting our actions speak for themselves. God calls you and me - to true servant hood - to true discipleship - to live our Lent - not just think about it - but to live it.